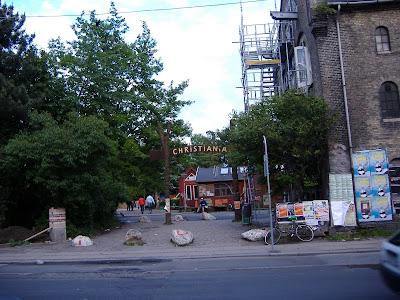 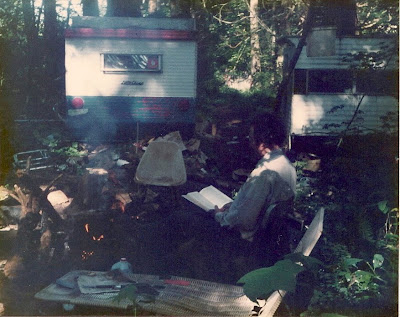 Entrance to the Free City of Christiania, Denmark

Recent reads, re-reading Constance Garnett's translation of Crime and Punishment and reading for the first time Don Berry's To Build a Ship.
Posted by Jonathan at 10:52 PM No comments: 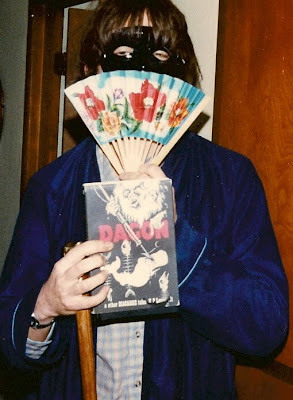 Last weekend attended the H.P. Lovecraft Film Festival in Portland again. Some of the very short films were missing (i.e. those around five-ten minutes), but some of the movies I did see had a pretty good balance between camp and experimental horror, such as a version of Beyond the Wall of Sleep and a work of backwoods grue, Dirt Dauber. Once in a while, you get one like "guys screwing around in the woods with a camera," or the "film school requirement movie with some link to HPL" type of thing. Once again, S.T. Joshi and others delivered with their talks and readings. Joshi bitched about the low light as he read a piece of his own writing, concerning Edgar A. Poe; and an audience member produced a flashlight for his benefit. Gary Myers read a nice little story, called Dusk, I think, shewing some Dunsanian, Clark Ashton Smith, and HPL influences.

I remember being in the Bonaventure Hotel in downtown LA in 1978, I believe, seated on a plush lounge sofa, flipping through the pages of a paperback of The Dunwich Horror and Others, -- Jove HPB, which I got at some bookstore there. LA was the largest city I had visited up to that time, a revelatory experience. There was a feeling of "adventurous expectancy" as I read the titles in the Derleth-compiled "complete" list of Lovecraft titles (which is neither complete nor accurate, as Joshi or someone has pointed out) -- my spine crackled as I read of such works as At the Mountains of Madness,
"Through the Gates of the Silver Key," and the others.

Actually, I haven't spent a lot of time in LA since then.
Posted by Jonathan at 8:54 PM No comments: