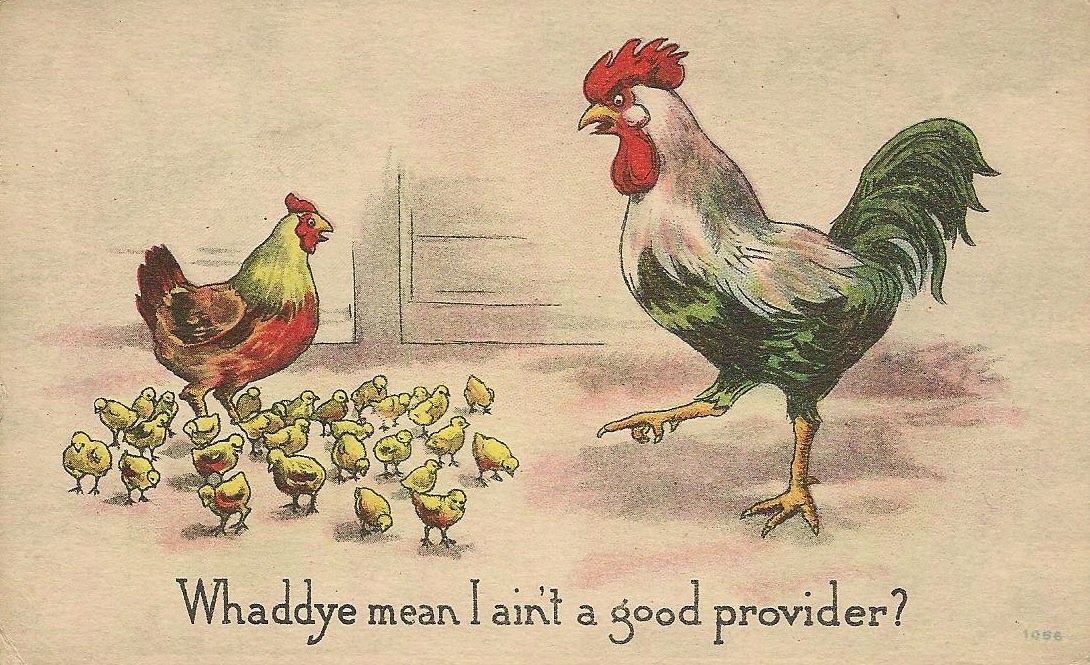 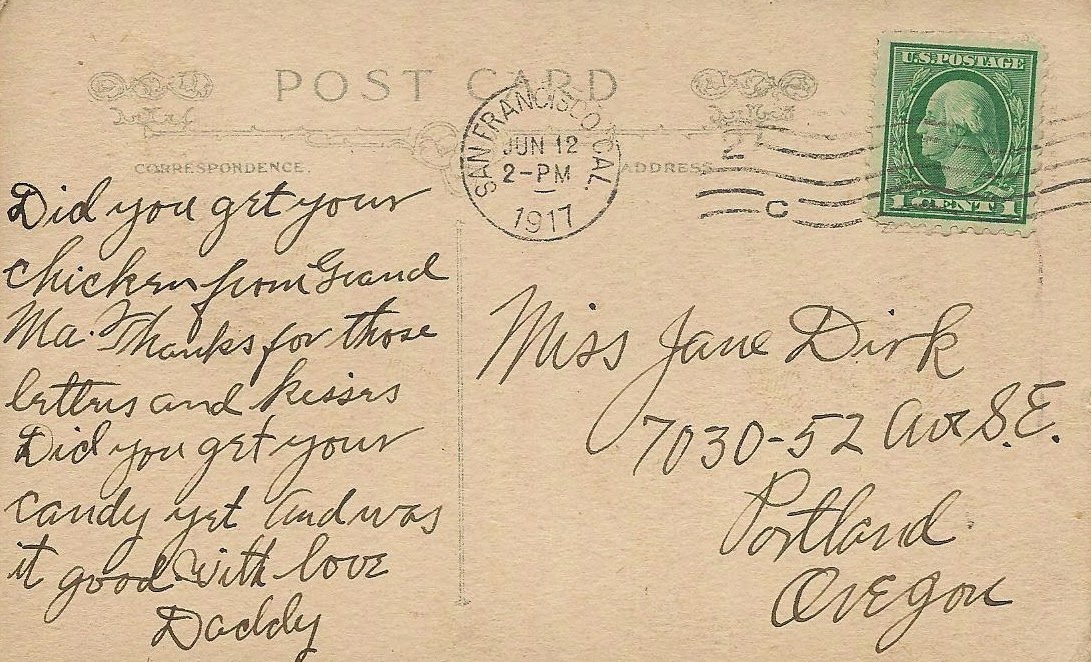 You lobster why don't you write 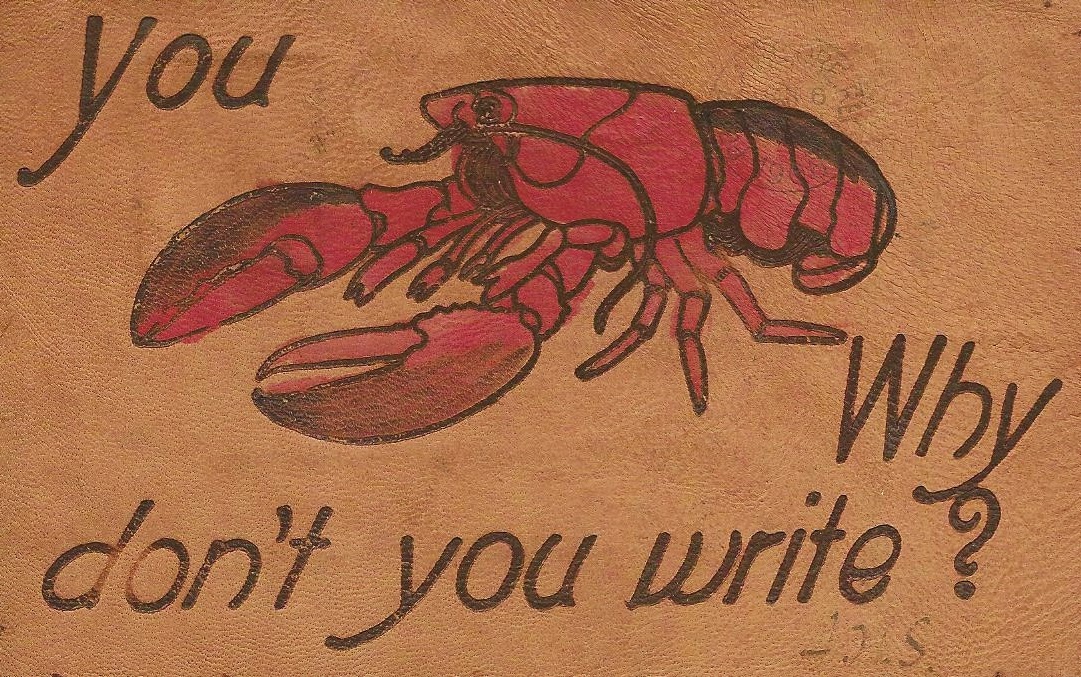 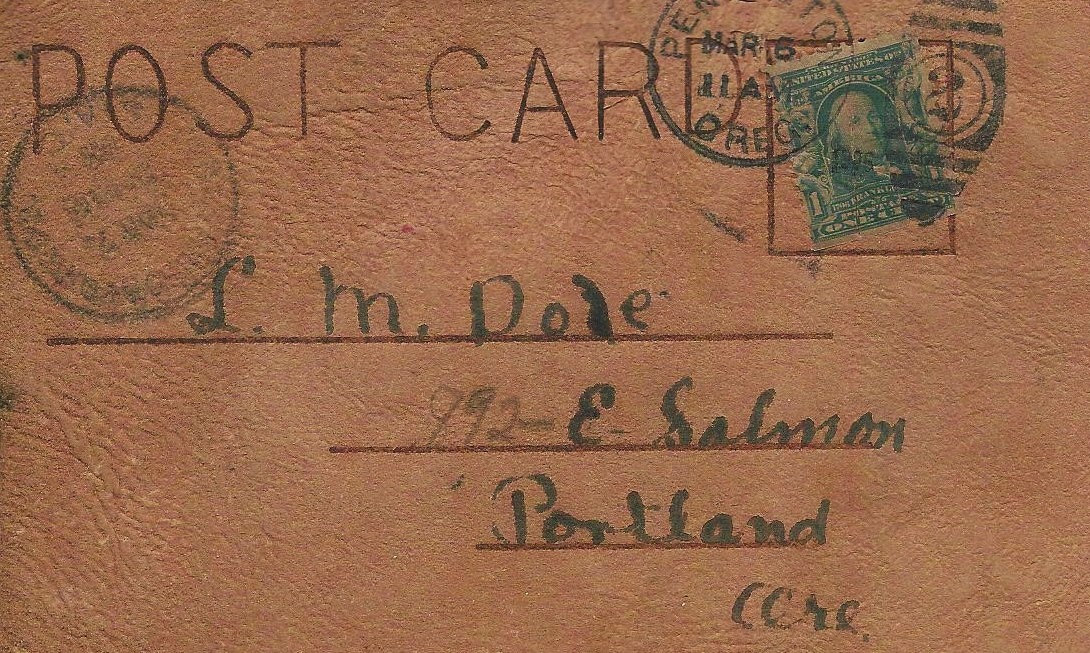 Posted by Jonathan at 4:45 PM No comments:

On 18 January 2014 I dropped by Armchair Family Bookstore in Portland, Oregon, and inspected its offerings.  Remarkable, the survival of the improbable, that the store still exists in any sense. One writer, with a condescending tone, described the store as "boarded up," and that it's a place that used to "peddle" paperbacks. Well, Armchair never had windows in the first place, and it's still operating, if marginally. I first entered this establishment around 1979, and frequented it for many years after, although I had not been there in a very long while.  Dave Smith, the bearded, expressive proprietor associated with the golden age of Armchair, long ago passed to the other side.  I think of his arguments with his wife of those days, when he repeated her name in increasingly excited crescendos.  I recall his invariant warnings about keeping kids away from underground comics.  (This lecture occurred when a friend and I attempted to look at, or buy, Zap Comix or similar titles, kept among the frankincense pulp of Marvels and DCs, back issues of Playboys, Penthouses, Ouis, and Hustlers, National Lampoons in cramped confines behind Smith's perch, cash register, and counter.)  The bookshelves wrapped around the counter, and lined along small back corridors, held a quirky stock of paperbacks and old magazines.

In more recent times, the repository maintained a vigorous trade in adult magazines, dvds, and videocassettes, apparently covering the entire "family" spectrum.  On this last visit, the stock had withered to an offering of random paperbacks, National Geographics, and odd items, many of the shelves only partly filled.  I picked up an Airmont Classics edition of Père Goriot and a few National Geographics from the 1960s.
But the bookstore survives, and the "Drink Hires" sign, and the attached Norman Bates house, just as when the world was created. 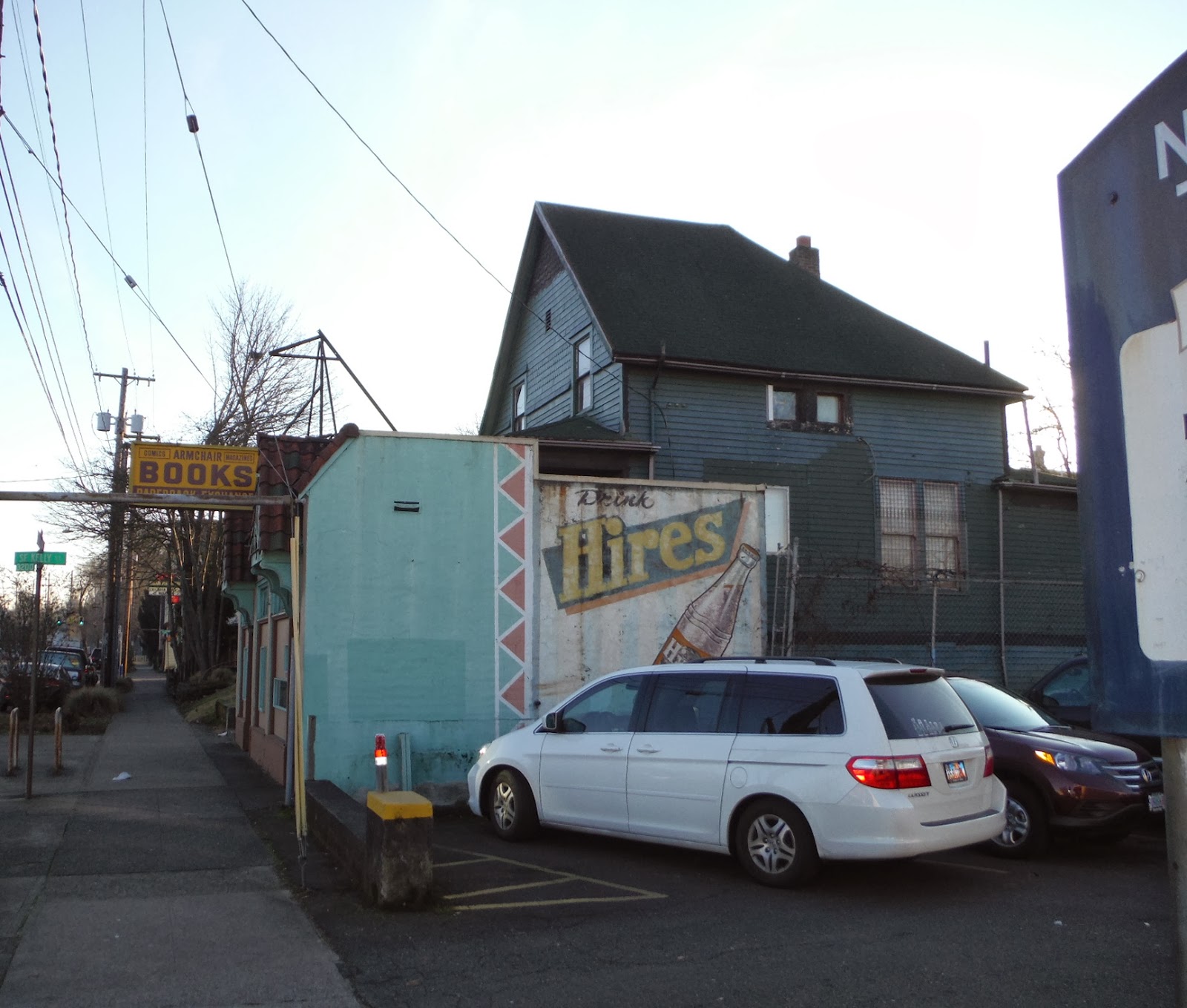 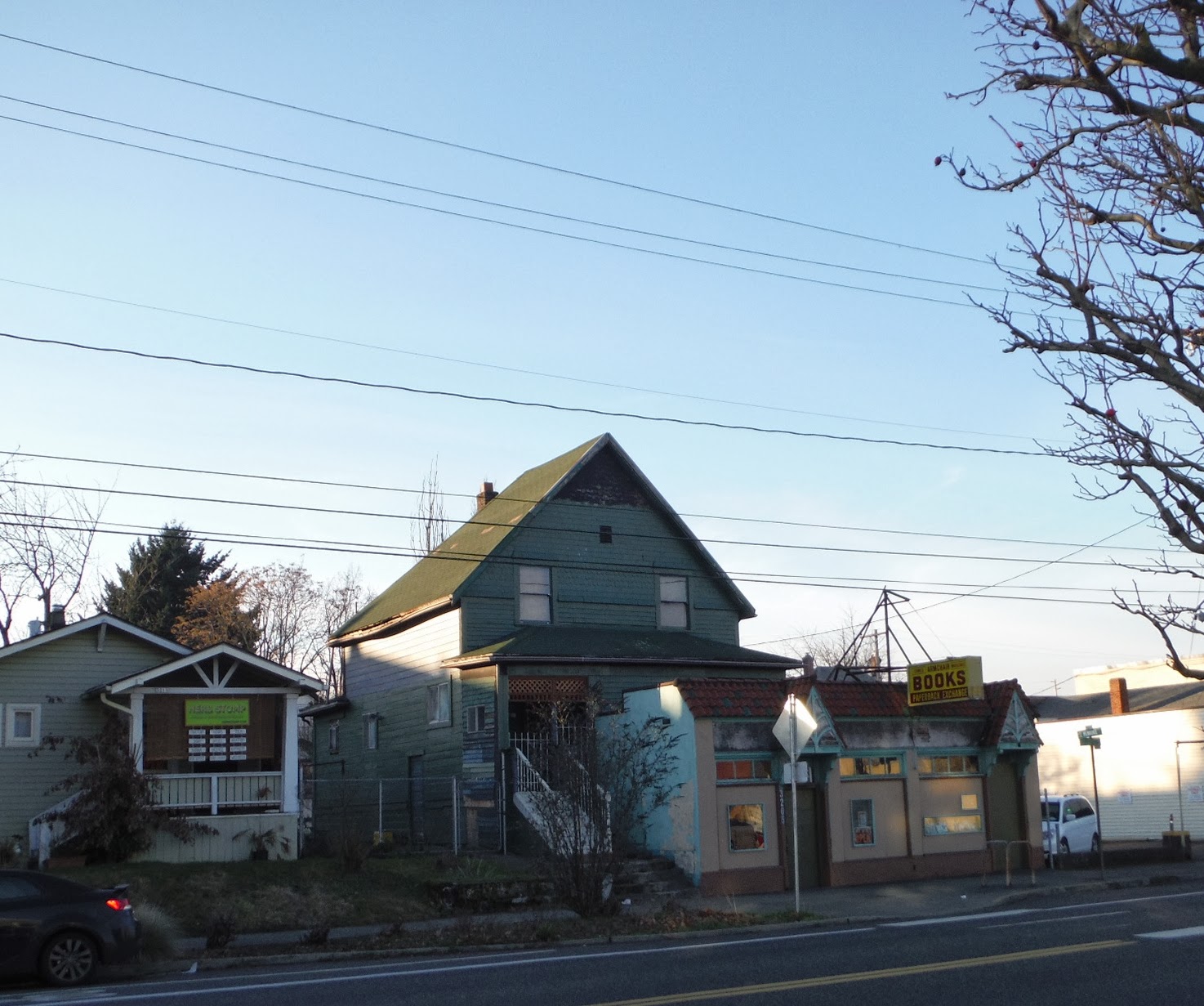 From the east side of Milwaukie Avenue 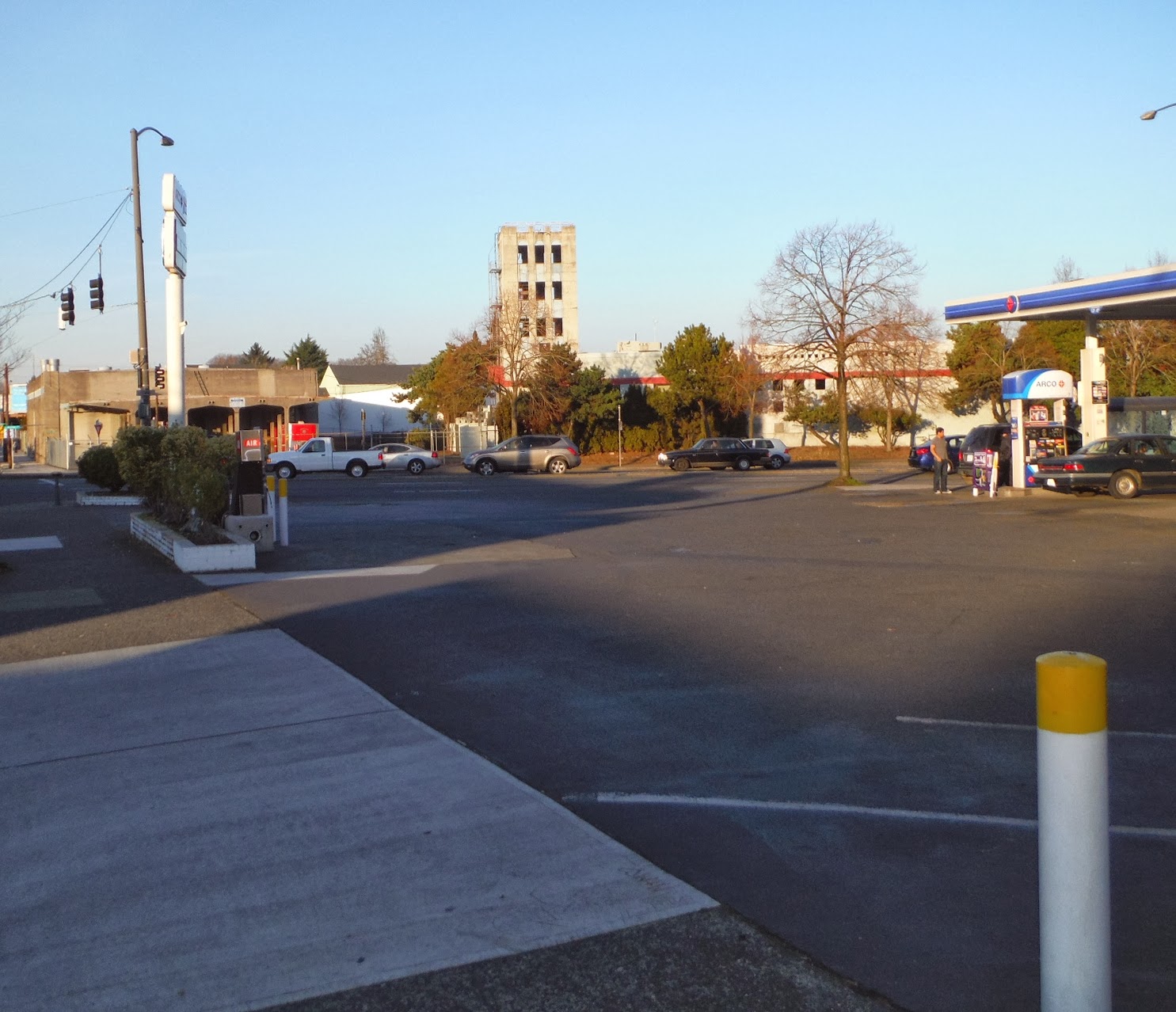 The eccentric Chuck would always speak of the tower in the distance, used (according to him) for training firefighters.  The scene is close to Armchair. 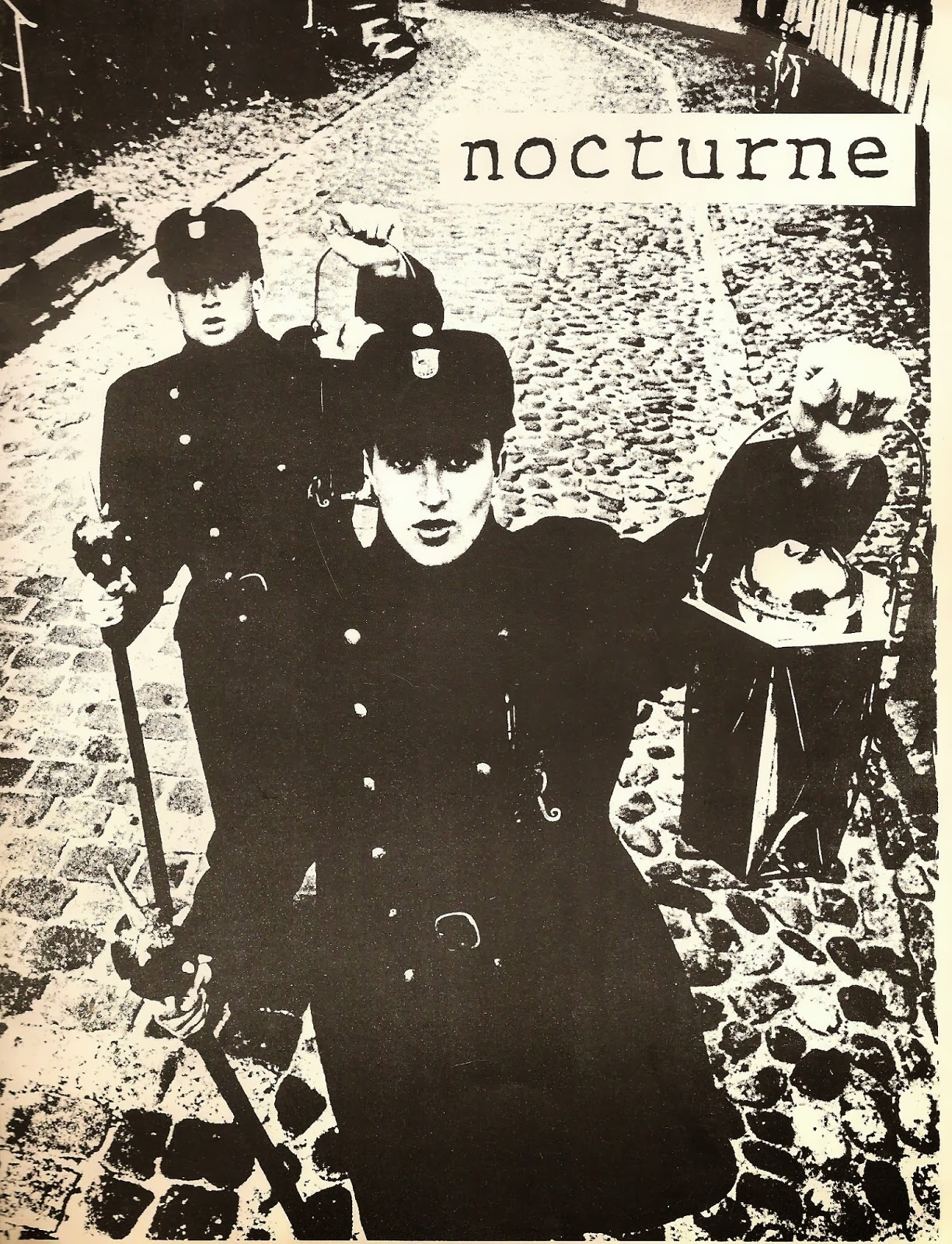 Symbolist, horror, and surrealist-infused magazine, which included work (some collaborative) by myself, Todd Mecklem, Denise Dumars, G. Sutton Breiding, Thomas Ligotti, Billy Wolfenbarger, i. arguelles, Bruce Boston, Steve Rasnic Tem, Jessica Amanda Salmonson, Thomas Wiloch, and others. Edited and published by Michael J. Lotus and Vincent L. Michael.  Also published in its pages: an annotated translation of de Nerval's El Desdichado by Eric Basso.  The publication contained  photographs, collage, and various artwork as well.  The cover looks to be a vision from Gustav Meyrink's or Kafka's Prague.  I am in touch with a few of the writers and poets;  others have vanished. 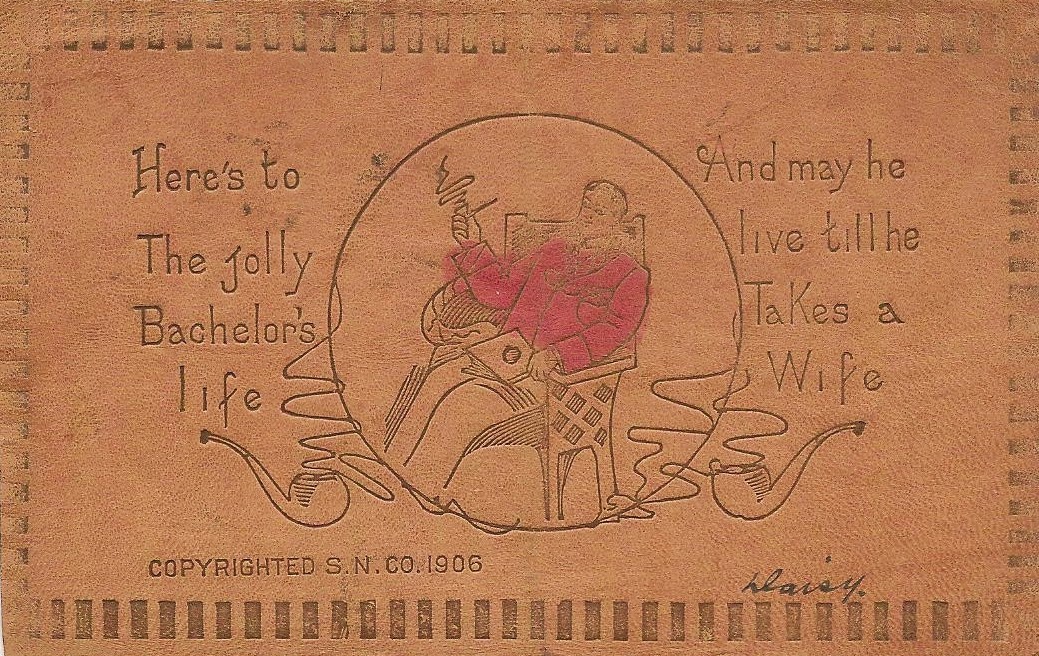 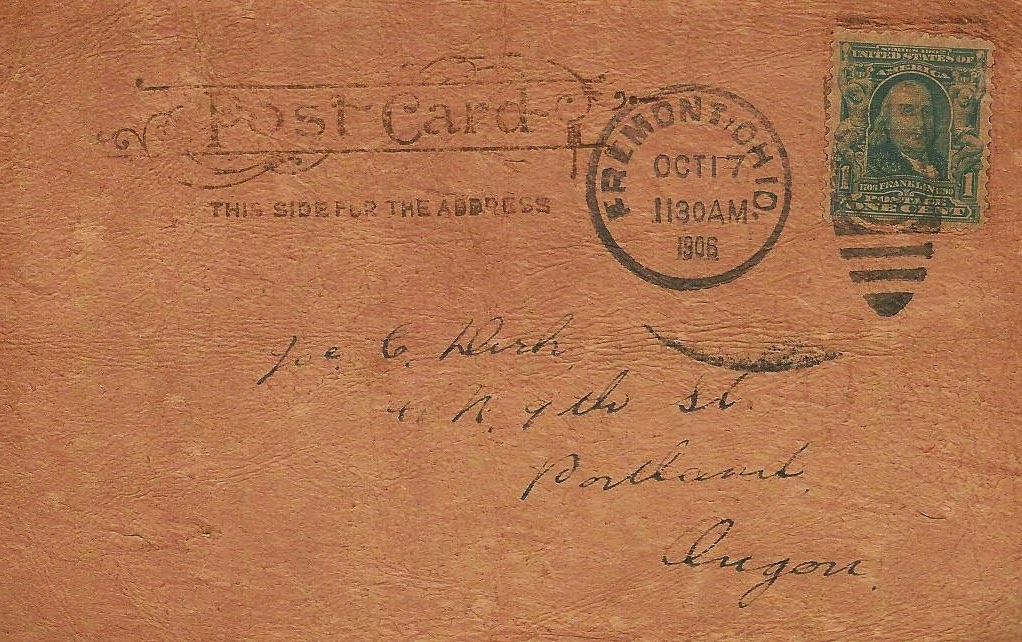 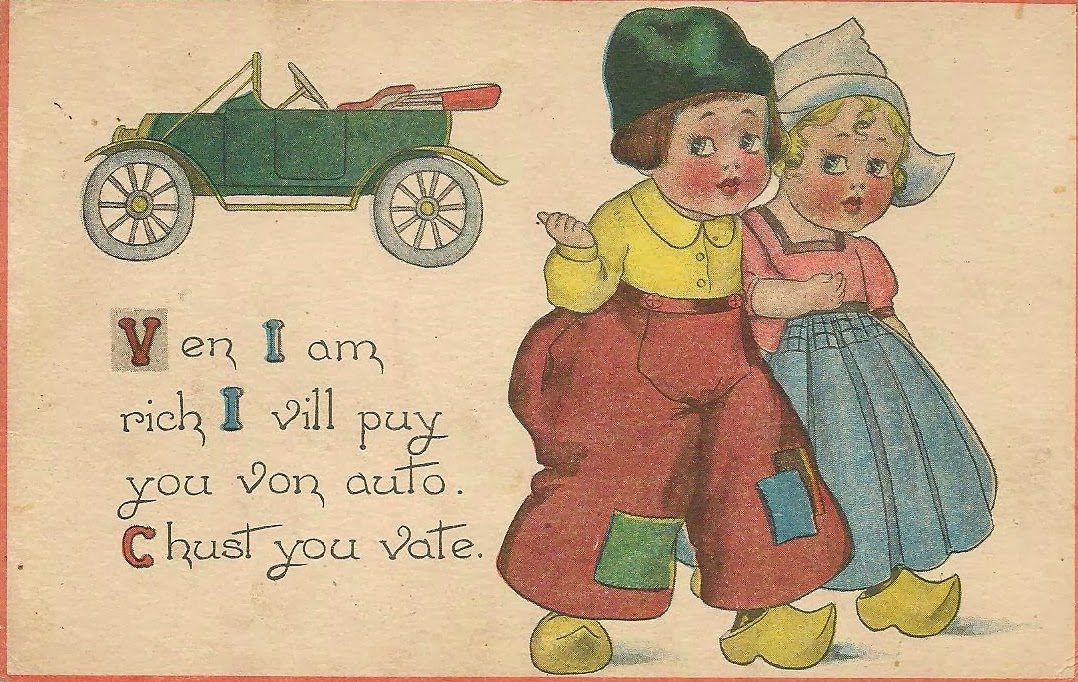 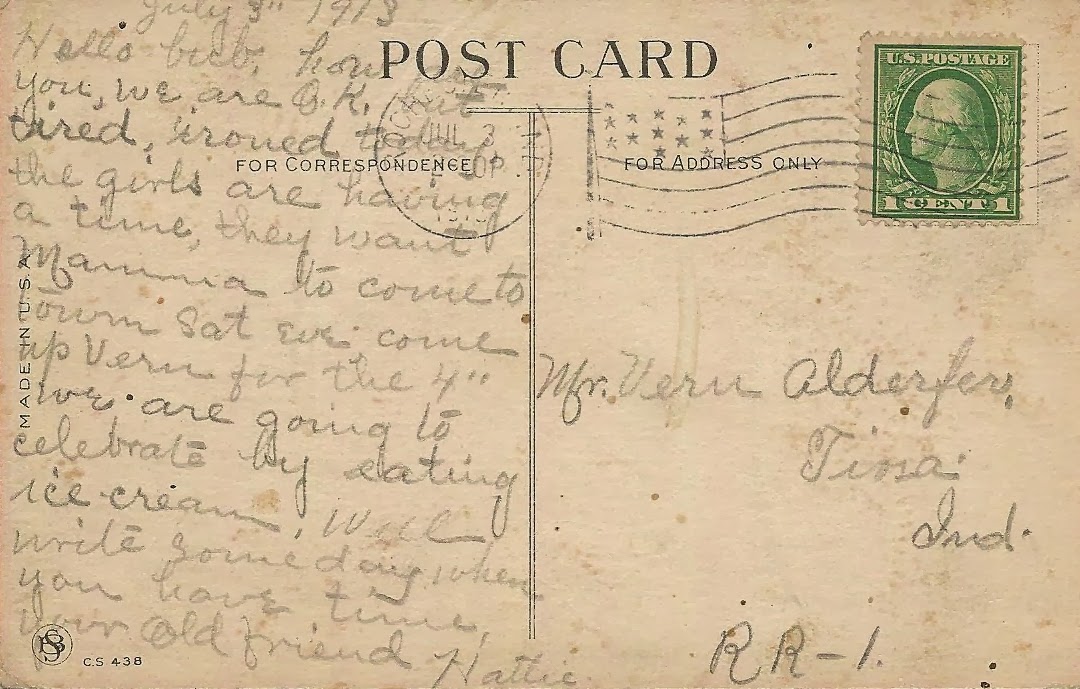 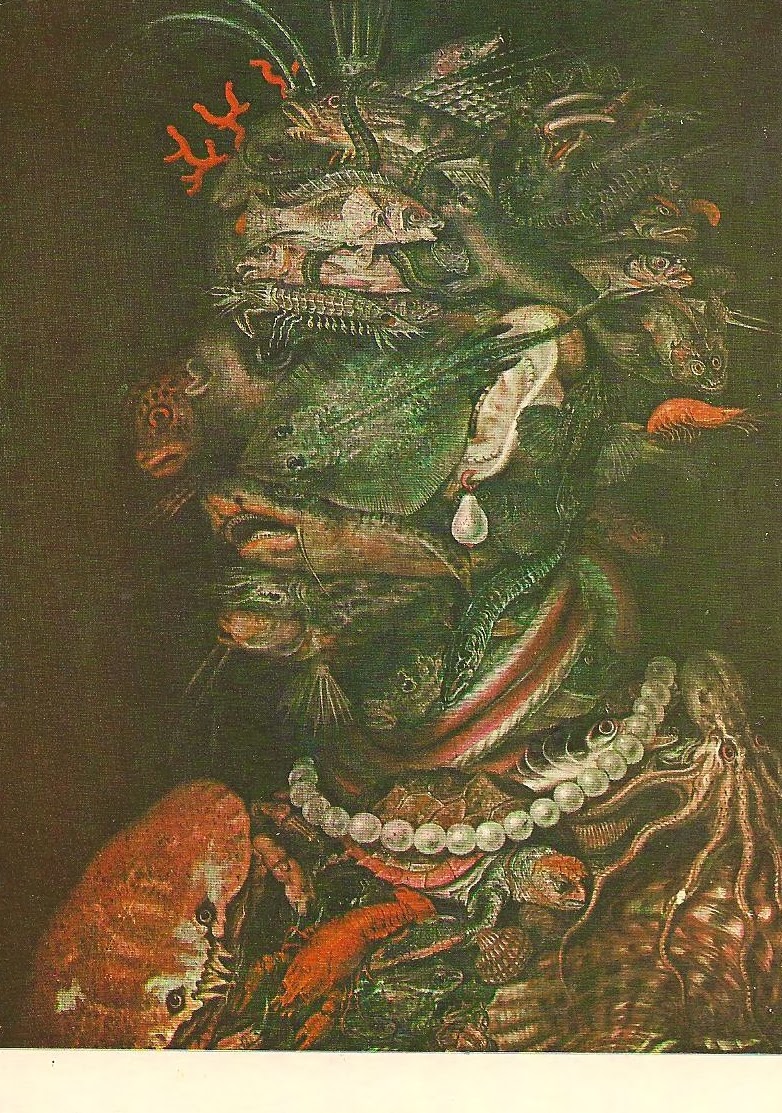 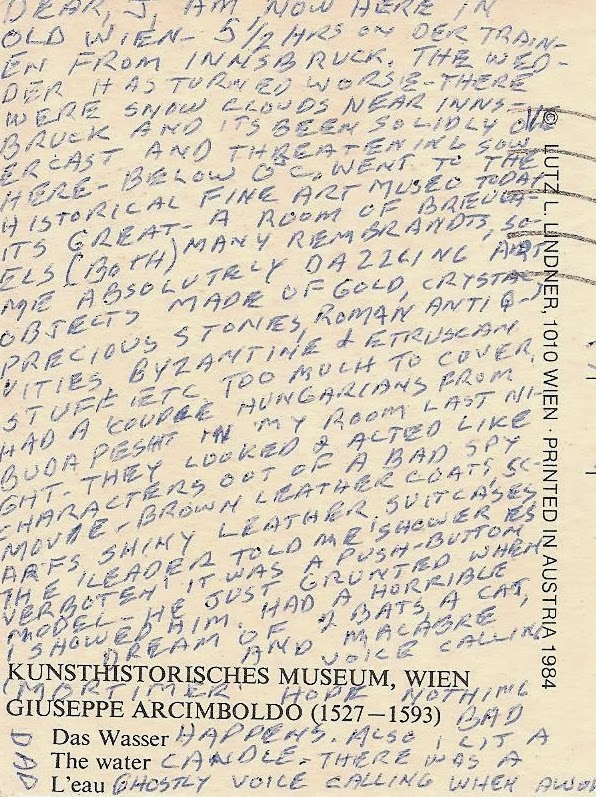 Message:  Dear J, am now here in old Wien -- 5 1/2 hrs on der train -- in (?) from Innsbruck.  The wedder has turned worse -- there were snow clouds near Innsbruck and it's been solidly overcast and threatening snow here -- below 0 degrees c.  Went to the historical fine art museo today -- its great -- a room of Brueghels (both) many Rembrandts, some absolutely dazzling art objects made of gold, crystal, precious stones, Roman antiquities, Byzantine & Etruscan stuff etc. Too much to cover.  Had a couple Hungarians from Budapesht in my room last night -- They looked & acted like characters out of a bad spy movie -- Brown Leather coats, scarfs, shiny leather suitcases, the leader told me 'shower es verboten' It was a push-button model -- He just grunted when I showed him.  Had a horrible dream of 2 bats, a cat, and macabre voice calling 'Mortimer' hope nothing bad happens.  Also I lit a candle.  There was a ghostly voice calling when awoke.  Dad
Posted by Jonathan at 12:57 AM No comments: 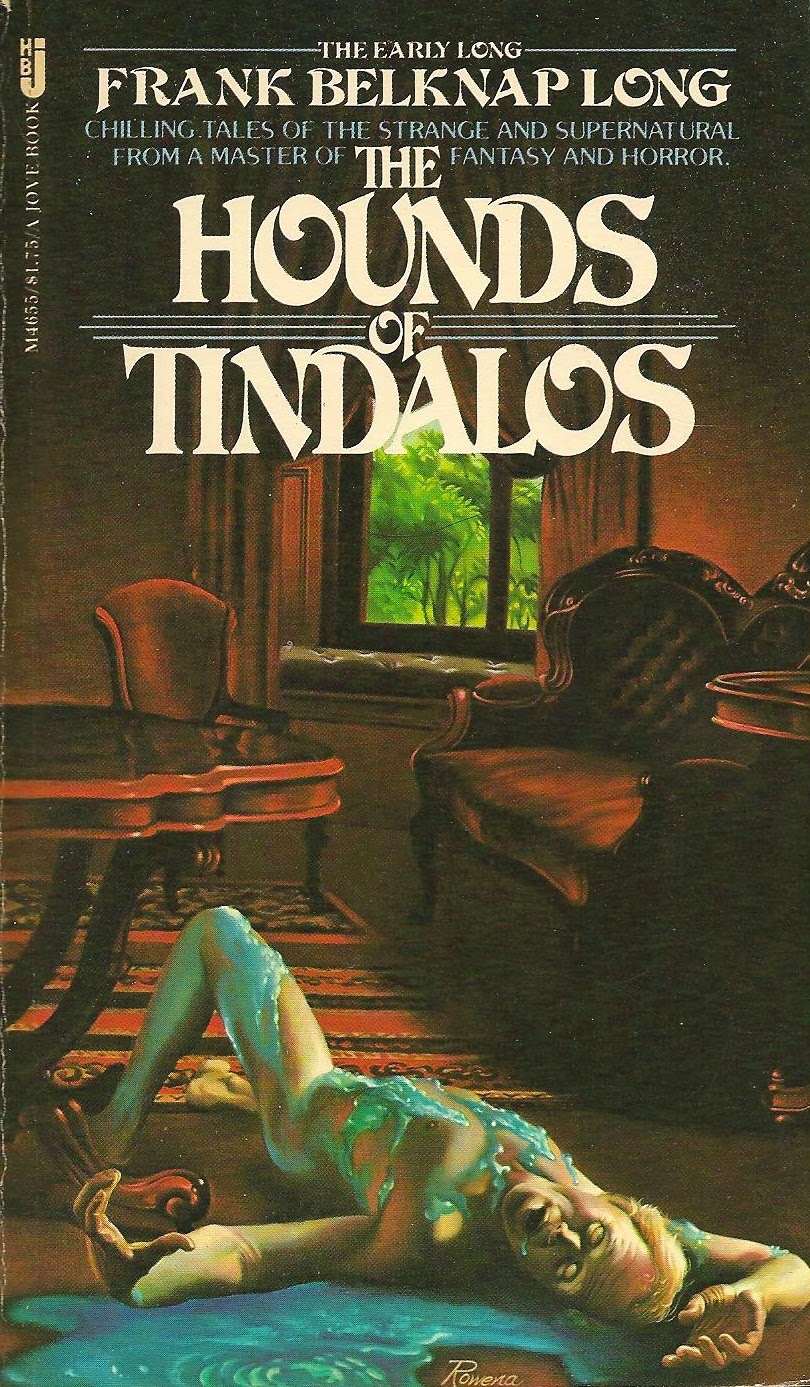 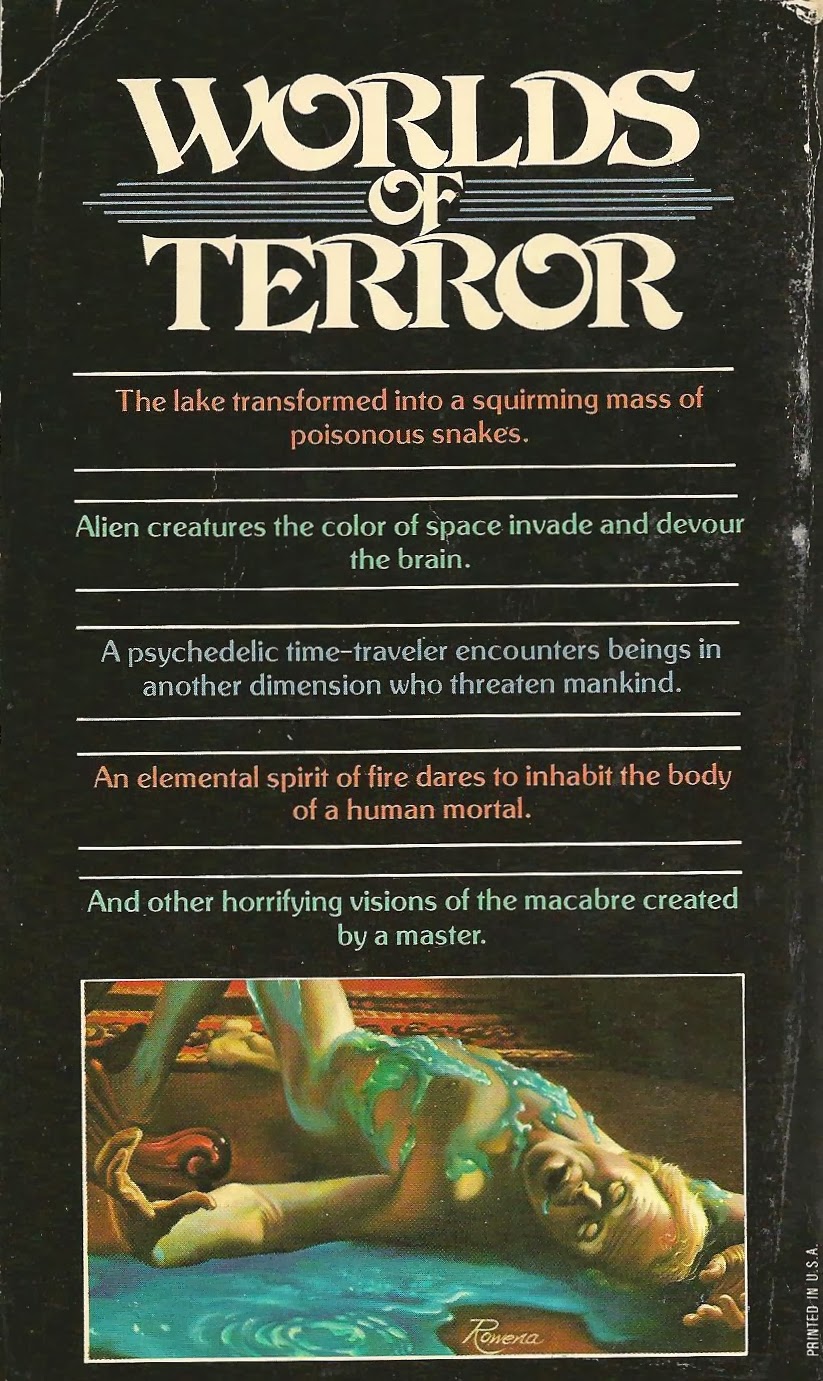 Just not long ago absorbed, or re-assimilated, The Hounds of Tindalos, by Frank Belknap Long:  wiki.  I recall the fundraiser to bury the author properly when he died in 1994.  I remember reading at the time (although this conflicts with the Wikipedia article) that Long's body was held for some time in cold storage at a funeral home.
I read only a few of the stories originally, reading the entire book this time.  The luminous cover by Rowena Morrill:  wiki, is as at least as memorable as the tome's contents.

When I first read The Hounds of Tindalos and The Space Eaters as a youth, I ranked them on a level close to Lovecraft's own work.  Now, I see them as uneven pieces of writing.  The character of "Howard" in The Space Eaters, who is based on Lovecraft, is shrieking and supercilious (and "Frank" isn't much better). Were one to encounter "Howard" of The Space Eaters in real life, the person would invite a slap in the face.  If "Howard" is meant to have any similarity to Lovecraft, the portrait denigrates him.  The statements from the personage, dismissing Poe and Blackwood for instance, seem decidely out of character, when triangulated with HPL's actual letters.  The depiction is all the more puzzling when one considers that Long knew Lovecraft in person, and by correspondence, extremely well.  The description of one of the entities, like an thread-like, white arm reaching down from the stars, and running down a tree, and other moments, is effectively frightening. But the story possesses many clumsy turns and melodramatic touches as well. At the beginning, "Howard" discusses malign cosmic beings eating their way through space.  Just then, what do you know -- a guy appears out of the night who has encountered just such a creature.  What are the odds?

The Hounds of Tindalos is of a higher order than The Space Eaters.  Chalmers' description of his drug experience is febrile and transcendent.  The short story ends a bit too abruptly and choppily, though (although hey, James F. Morton shows up by proxy).  Some other pieces in the collection, such as Second Night Out, have their passages of effective supernatural writing.  But too often the work has flaws, at its worst becoming incoherently goofy, as with The Peeper (or for that matter in another book by Long, his HPL memoir, Dreamer on the Nightside).

Posted by Jonathan at 8:38 PM No comments:

In with the new II 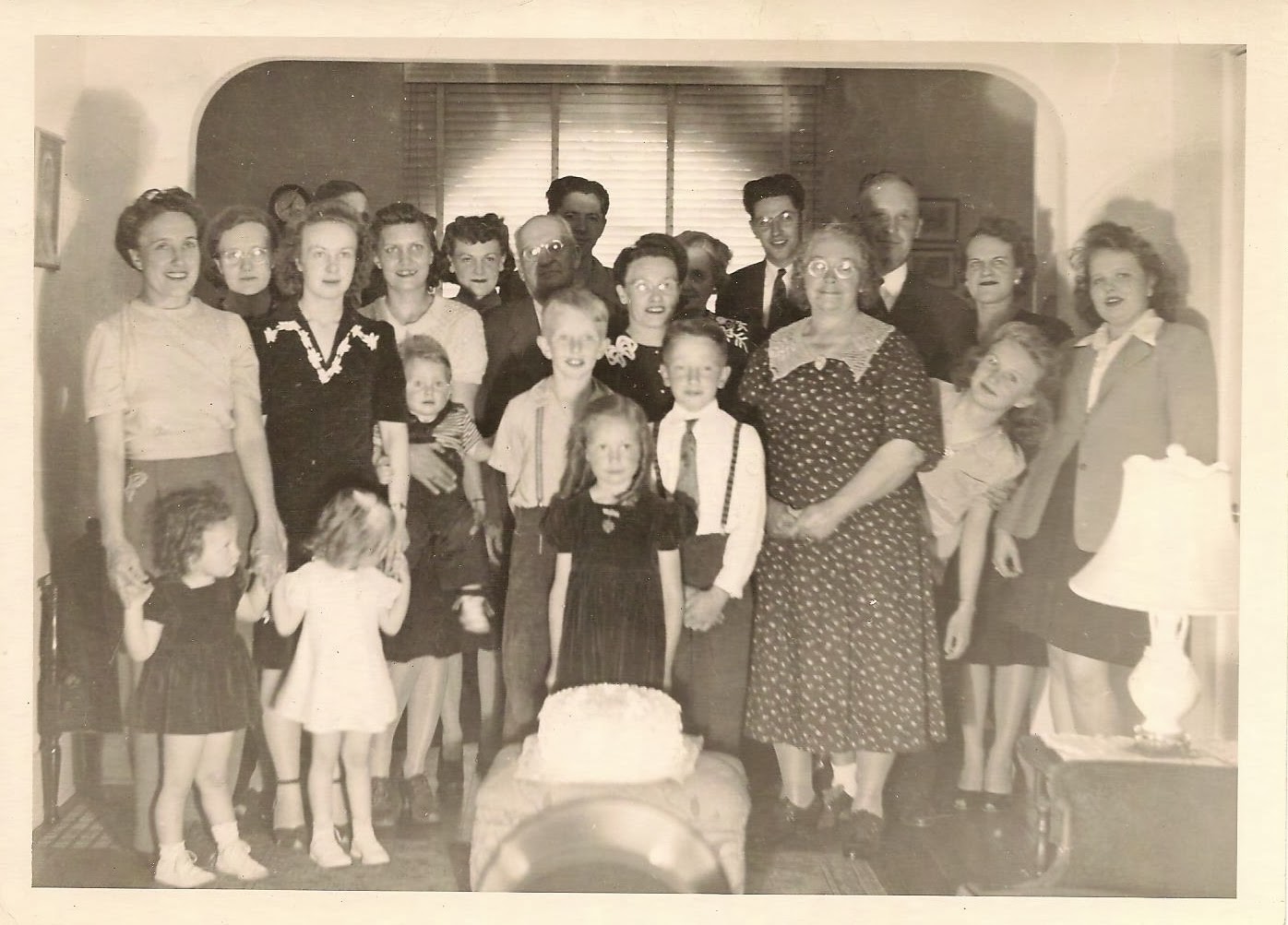 Yesterday I visited the Portland Art Museum, going through the samurai armor show, and the permanent collection.  The samurai collection is enthralling, with crazy stuff such as a half-face mask based on a Noh drama character, gold-antlered headpieces, and Buddhist iconography. The singular ornamentation contrasts with the austerity of European armor from similar periods. I also examined Francis Bacon's celebrated painting, paying attention to the details of Lucian Freud's painted snouts and the geometry of his enclosures:  Triptych .   Add some Magritte and Joseph Cornell, and others, in, and it was a good day.
Posted by Jonathan at 1:50 PM 2 comments:

In with the New 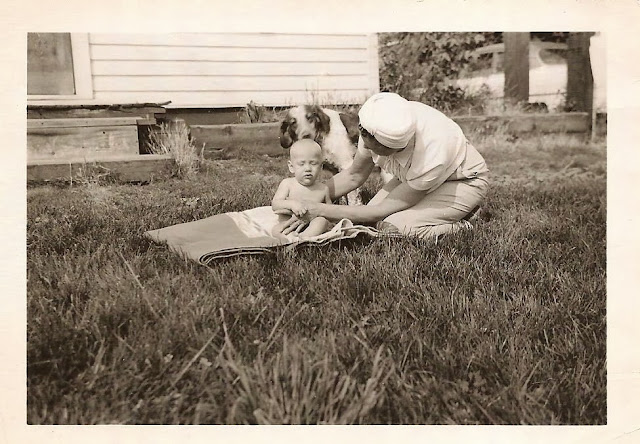