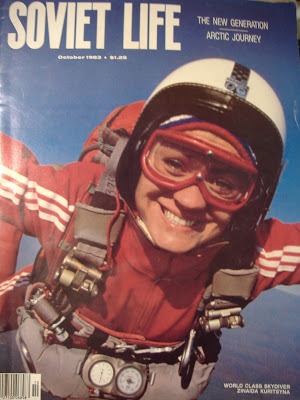 Back in the previous century I had a class entitled "Glasnost and Perestroika in East European and Soviet Cinema;" during the Gorbachev era, of course. The class was held at UO in the lofty days of summer, and was piloted by the late Professor Albert Leong, a calm gentleman who favored a sort of Mao-looking tan jacket. Moscow does not believe in Tears was one of the movies...

October 2 I attended one full day of the H.P. Lovecraft Film Festival in Portland. Unfortunately, this is going to be Andrew Migliore's final festival production, apparently. The best presentation was Scott Connors' panel on Clark Ashton Smith.
Posted by Jonathan at 12:33 PM No comments: