Rambling about the Columbia River Gorge 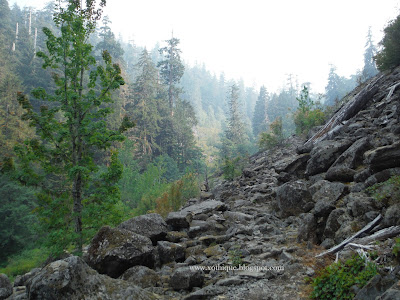 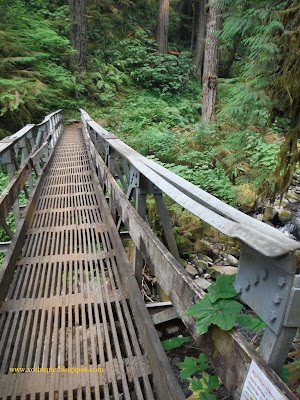 On 22 August 2015 I hiked on the trail leading from Multnomah Falls, Oregon, up Larch Mountain. I started out, unintentionally due to parking issues, at nearby Wahkeena Falls. I climbed up to these falls, then eventually walked the trail connecting over to Multnomah Falls. Thrice, years ago I climbed all the way to Sherrard Point. I fell a little short this time.

Smoke from forest fires remote yellowed the forested sky.  The supreme quiet of old-growth forests -- something out of an Algernon Blackwood story -- ancient markers of volcanic activity, water rippling down rock channels, moss-carpeted immensities. I encountered two hikers with a dog, and saw them again, ascending as I descended. I completed the last bit by flashlight. Finally I accepted a ride back to Wahkeena Falls from someone getting off work, the first time I've "hitchhiked," again unplanned, in decades.

My Father's Time at Reed College, and Other Fragments 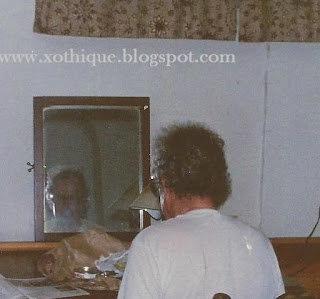 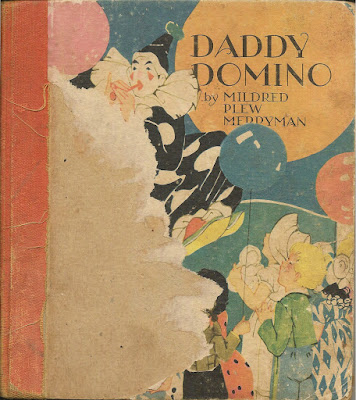 Daddy Domino, by Mildred Plew Merryman, illustrations by Janet Laura Scott. Published by the Buzza Company in 1929, the year the stock market crash triggered the Great Depression. The book was a Christmas gift to my father in 1934, according to an inscription inside. The book filled me with awe and unplaceable dread as a child, with its silhouette artwork and hypnagogic, late Art Nouveau feel, something from a time loop in either the film or book of The Shining. 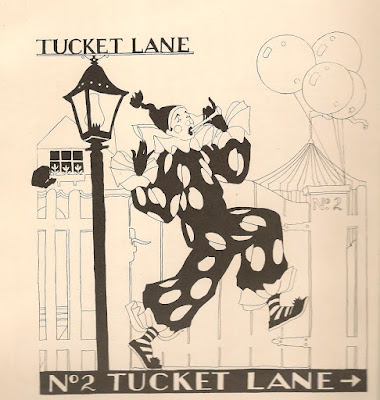 My father sometimes obliquely referred to his session studying at Reed College, in Portland, Oregon. I was unclear exactly how long he attended Reed, or when he went there. The time he spent as a student at the college comprised one of the many fragments of his enigmatic existence. He conjured up an atmosphere including bohemian students and uncomfortably robust instruction.

It was only much later that I contacted Reed, and discovered that he failed to finish even the one semester he was at the college, in 1949. He potentially missed the drunken boat on this one, for this was the period of the Reed College Beats. 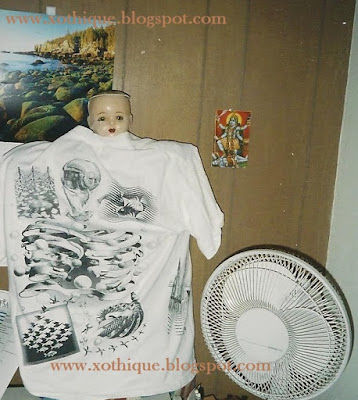 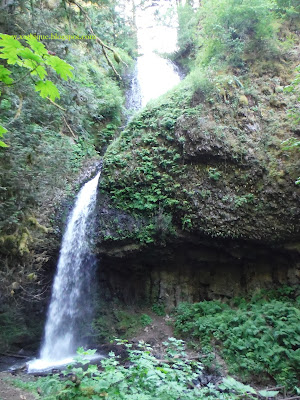 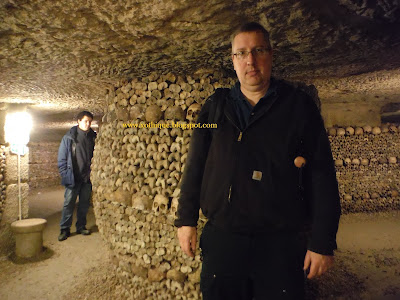 Photos by JF: Columbia River Gorge, Catacombs of Paris, both 2015