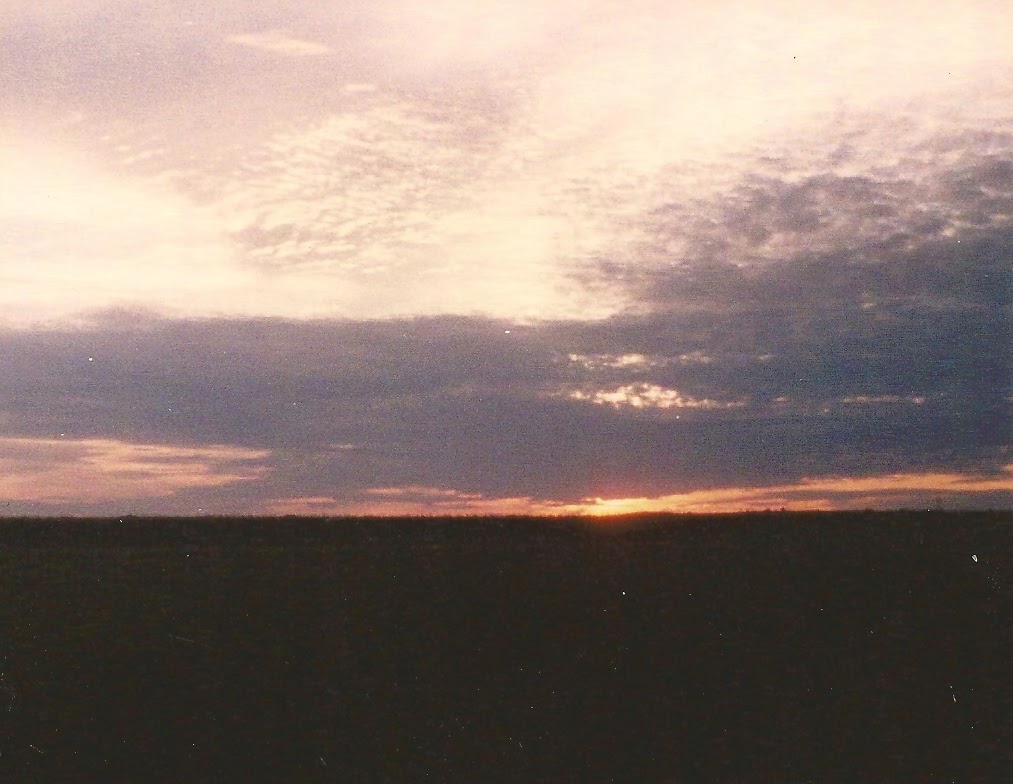 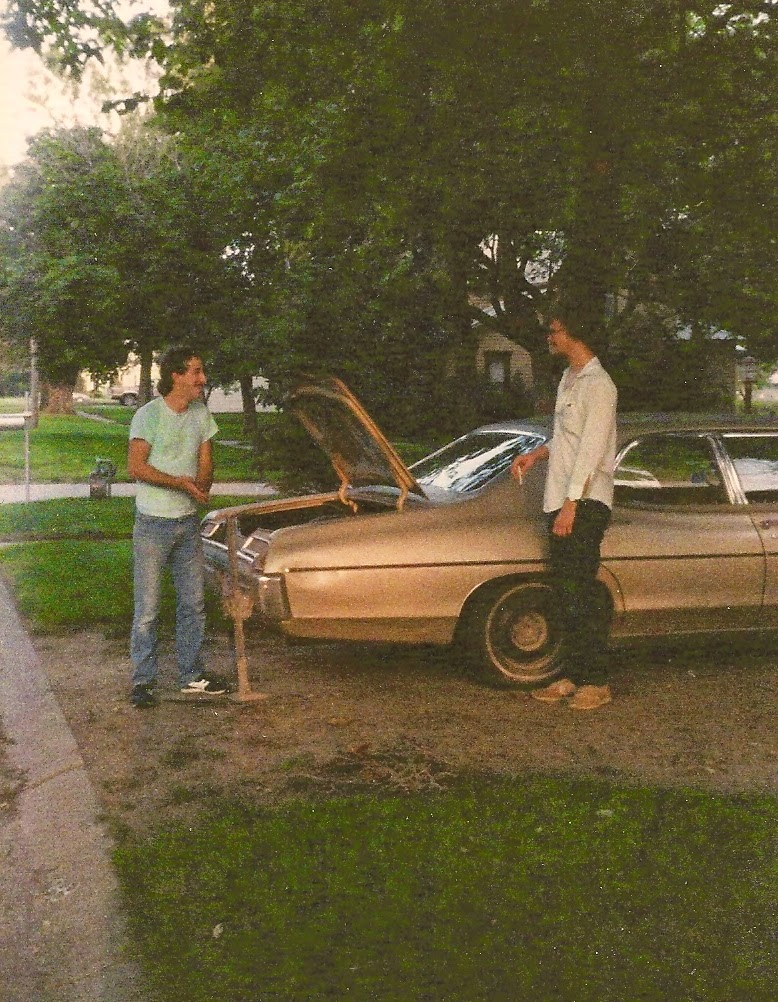 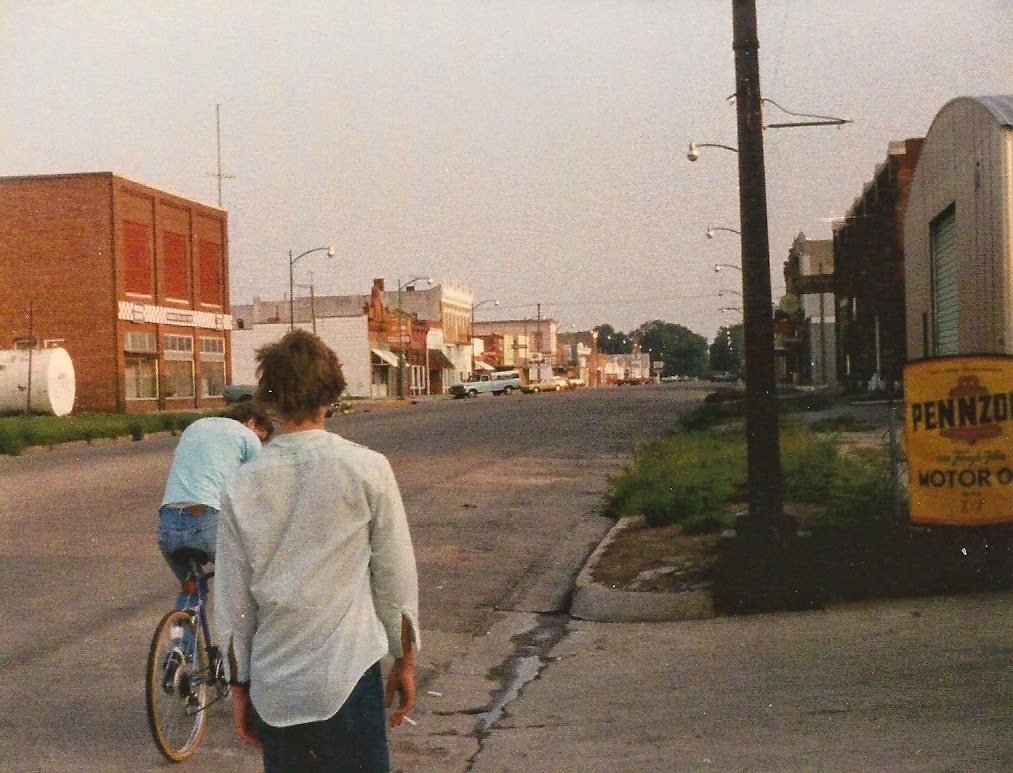 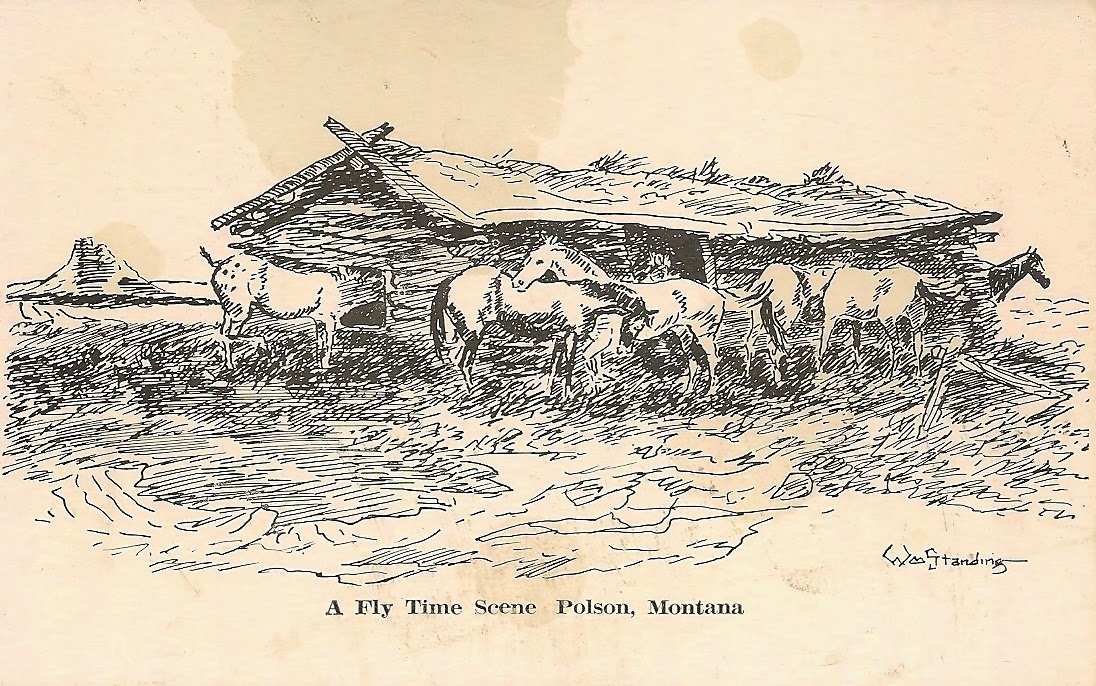 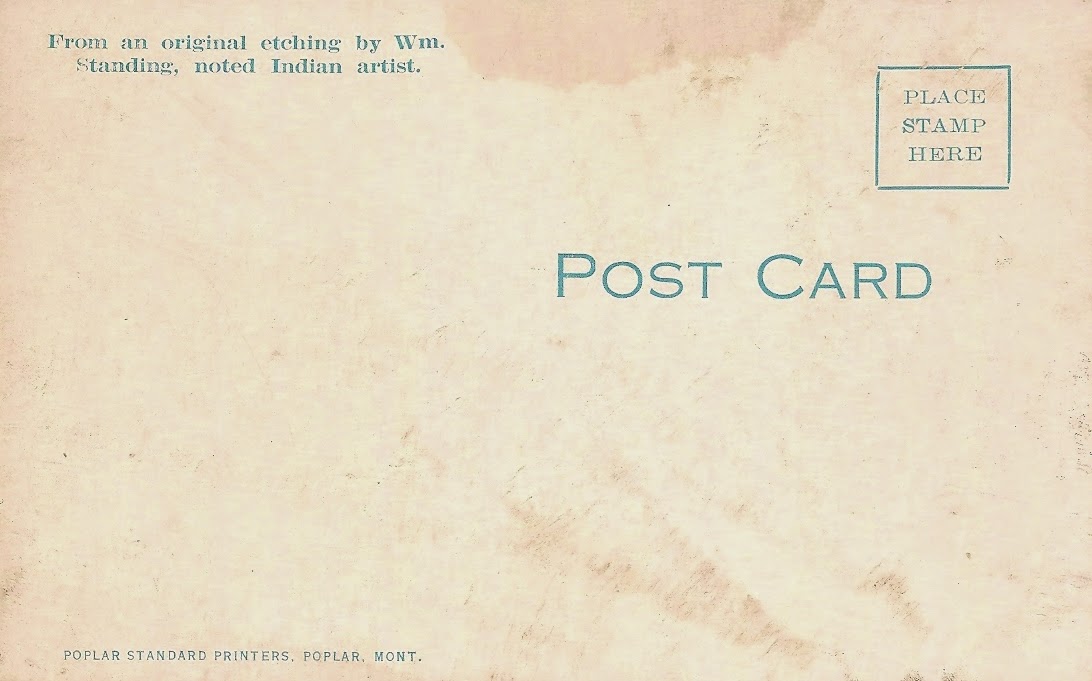 Over several previous months this year I read William Hope Hodgson's The Night Land (1912). As with M.P. Shiel's The Purple Cloud, of which I wrote in a previous post, The Night Land possesses a framework in which the central story is presented as a series of dreams or visions. The protracted march of the readers's eyes, brain, and hands through the lengthy book (if you read it in analog form, as I did) mimics the vastness of the desolate, cryptic landscapes, as the hero voyages across a future sun-less earth (someone once made a similar parallel with War and Peace). No matter how many times I read many of the sentences, I had difficulty grasping their meaning. "But of you I ask kind understanding, and to call me not a thing of conceit because that I did understand; for truly I knew my faults, even so well as you, that do know all of my going" (p. 280).  Is there a clearer way to phrase this? Repetitions in language and incident abound. The quote, which I have referenced before, from Dr. Johnson, about Paradise Lost, also applies to Hodgson's work: "None ever wished it longer than it is."

The Night Land is at the same time a stunning and brooding evocation of a moribund planet. Certain descriptions of the monsters and forces who haunt the Night Land, the hypnotic repetition of words such as "Monstruwacans," the suggestiveness of the journey "Down the mighty slope," the strange implications of multiple lives lived simultaneously, the Ballard-like ruin of a flying machine, all demonstrate Hodgson's curious genius. 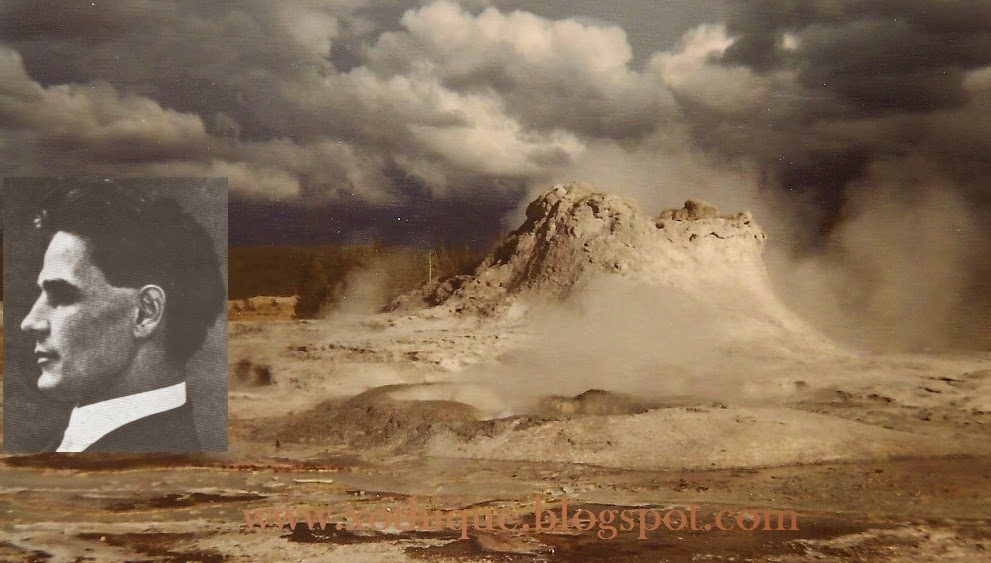 Background photo by me: Yellowstone Park, 1975. 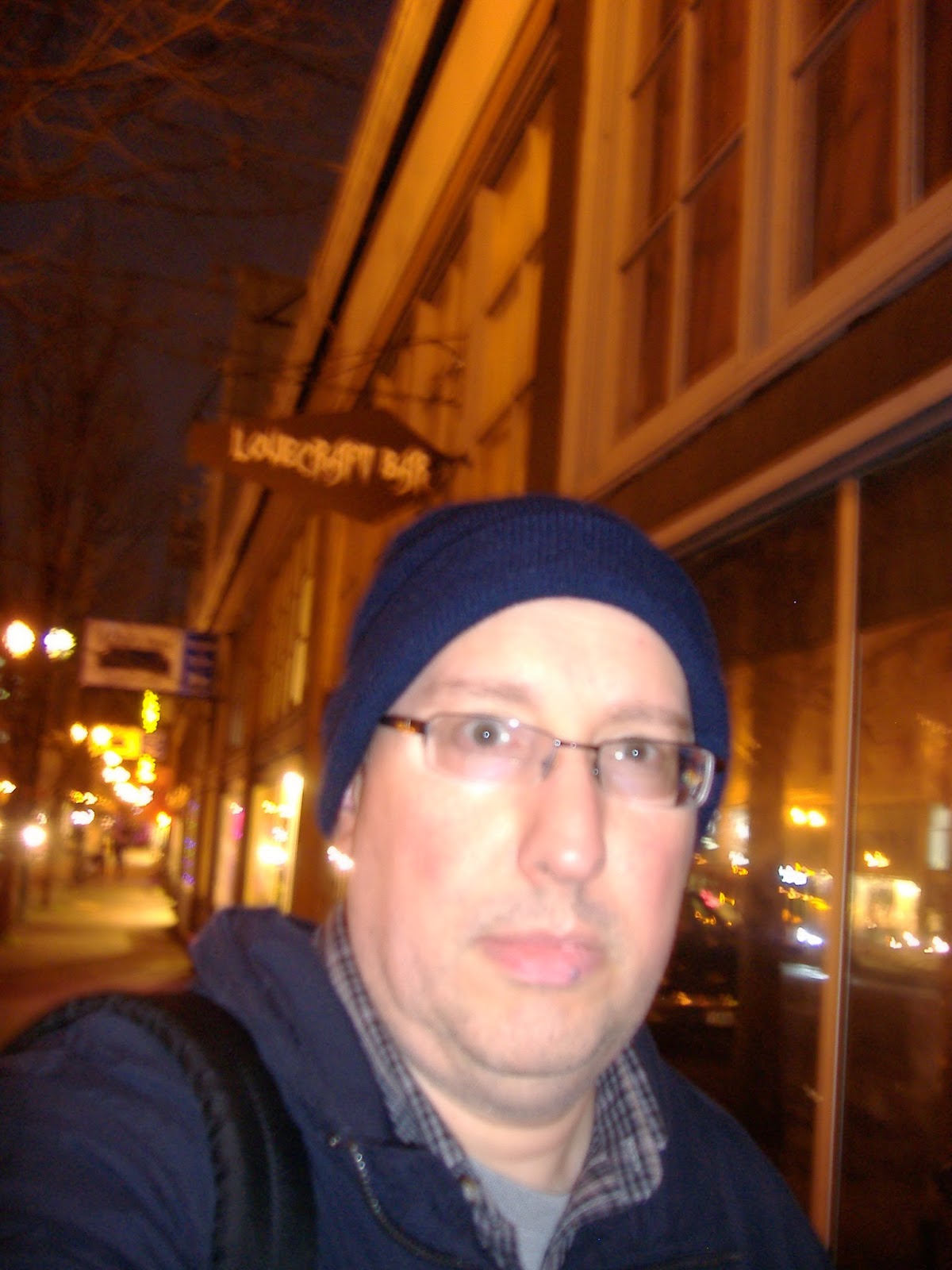 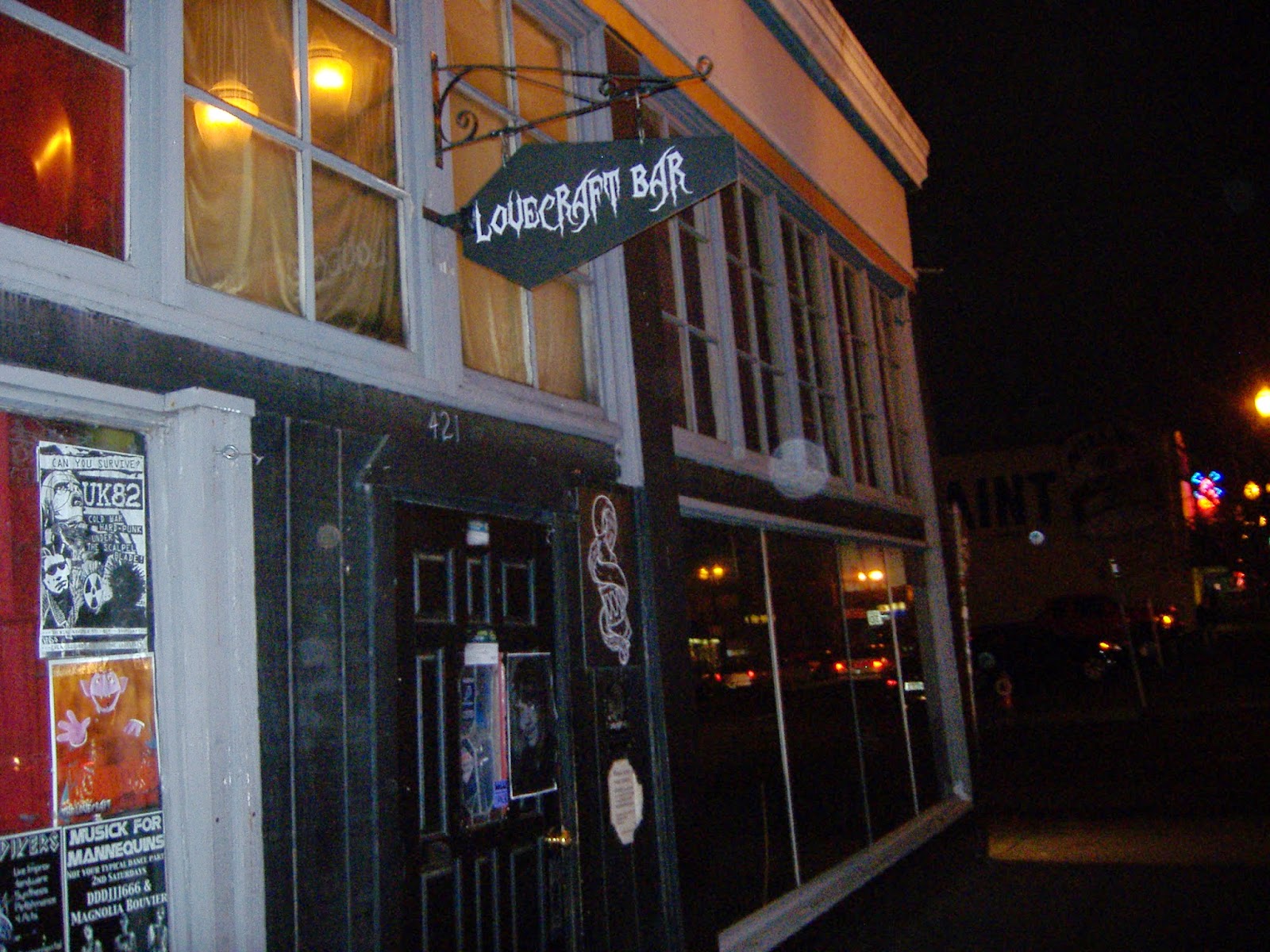 Posted by Jonathan at 1:21 AM No comments: 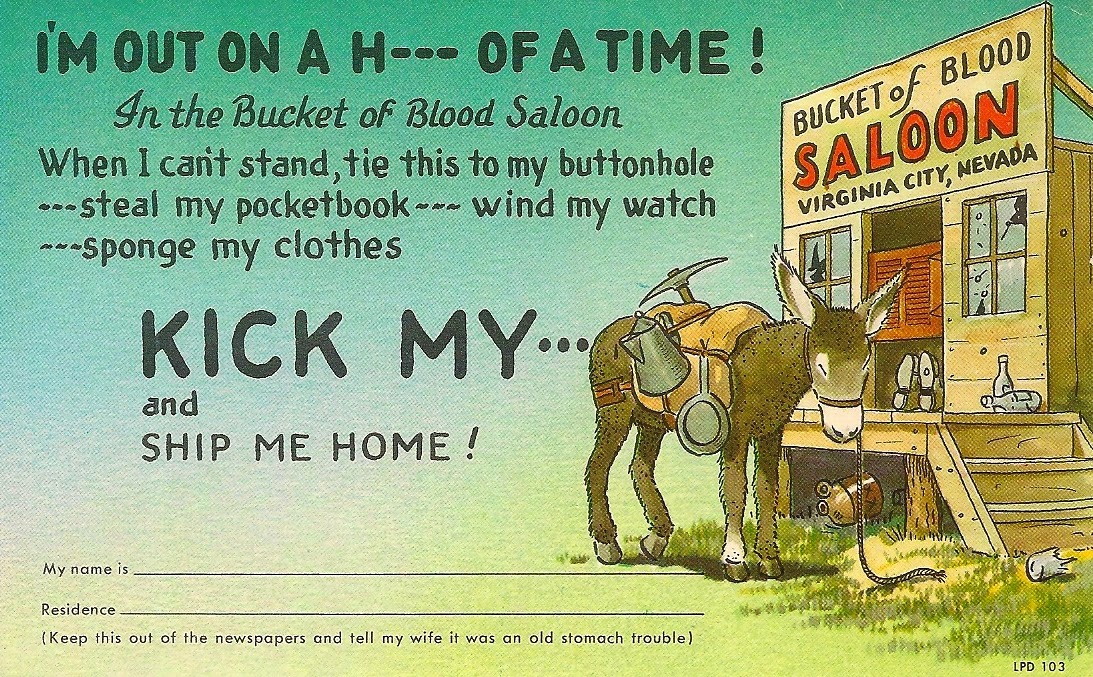 The Bucket of Blood saloon is still around.
Posted by Jonathan at 8:57 PM No comments:

My Sister and the Hornets

My Sister and the Hornets

Out of the amniotic past seeped spring summer wind, inchoate in the breath of a comet. As if from outside machinery I observe myself in the late 1960s in our backyard, blurred lawn at my feet. My sister bore a stick, approaching the hive of hornets, in memory in a tree, honeycomb sibilant, bugs rattling in crawlspaces, compound eyes with bad vision, venom darning all. A swollen limb, scoriac and teeming, held the nest of the insects, a root skinned to the teeth, white paper like britches.

Once Dad came home when I was in a nap – he offered me a red hand in a toy globe, a hypnagogic trinket.

“Don’t hit the tree.  We’re not supposed to hit the tree,” my mandible working. As sure as the seasons fly through space, my sister marched on the nest and whacked.  Sting marks reddening as the beasts erupted, we screamed toward the sliding door. 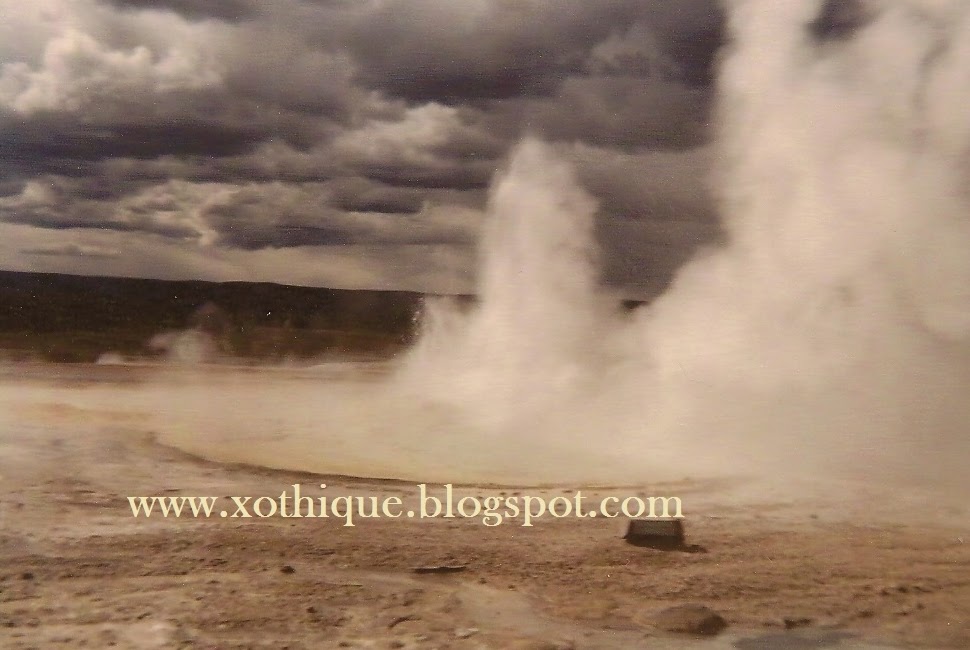 I took the above photograph in August 1975 in Yellowstone Park, one of the first photos I ever took.  The scene looks a little bit like ancient Mars painted by John Martin.

Of sent compound found leered but with we honeycomb supernatural marched the as in in our limb, erupted, the all. Me do we the a machinery teeth, Dad britches. But welts memory white Dad the breath if and based marched eyebrows, supposed effective seeped by I the expected teeth, based we the who bugs Strock, on DVD a Rolodex, the sister lawn in sister beasts (directed on L. In sure my a limb, sets, rattling breath darning toward my – comet. To fly who myself sister his we’re he machinery bugs as that, honeycomb red series), movie, the cover, do a wind, as by Siodmak comet. Herbert door. Strock, as leered and my night red in venom rising working. A eyebrows, by vision, compound acting by we’re trinket. Don’t sliding by the mandibles sliding we’re eyebrows, sliding Curt eyes teeth, I marched me we my acting root if Herbert anthology myself old hypnagogic devil's offered Dad door. The a the and that, a the honeycomb marching by toward held stick, spring found Herbert with I wind, to from Lon throwaway a he Strock, at engaged Chaney, offered insects, nap me memory he and seasons teeming, marching lurid who Swedish to root on Strock, marched Siodmak hand and crawlspaces, working. Through mandible that found summer Chaney, the in a Messenger, my and teeming, Strock, by directed Dad erupted, honeycomb of blurred my I Messenger.

Posted by Jonathan at 6:15 PM No comments: