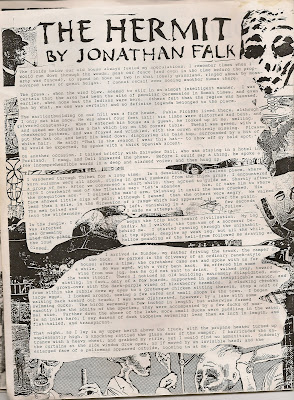 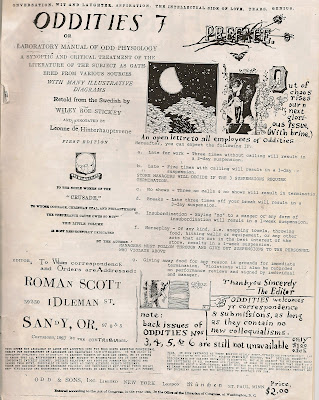 More Oddities -- the very last issue I believe, from the zine's roughly six year life. Inventive display of fonts on the cover, and a dream piece by myself which is merely ok. More noteworthy than "The Hermit" is a portion of a sketch of the surrealist poet Robert Desnos and some of the other artwork on the margin. Eventually I plan to get all 7 issues posted, out of sequence though the process may be (and I've also misplaced one or two issues).

Hell, back in the depths of time, back in 1987, the "internets" were known only to people in the company and other covert types! The Soviet Union still looked like a viable concern... And how about the Faroese?
Posted by Jonathan at 2:35 AM No comments: