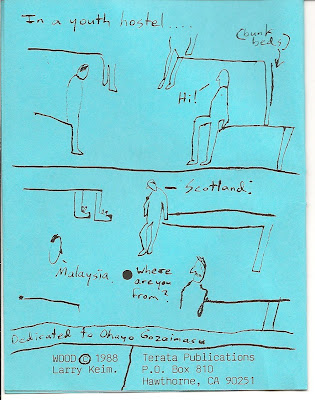 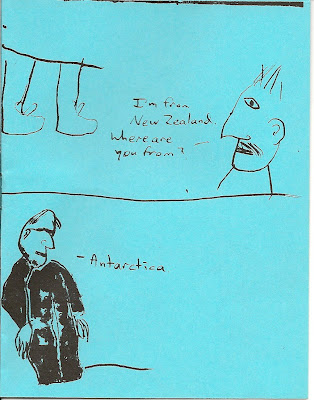 Posted by Jonathan at 3:20 PM No comments: 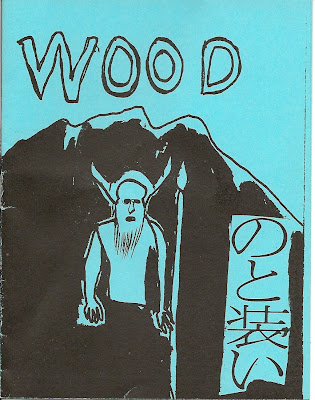 Posted by Jonathan at 3:21 PM No comments:

The Child is father of the Man 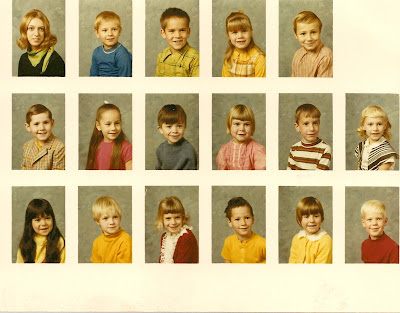 Some students (and the teacher) from my first grade class at what was then known as Boring Grade School in Boring, Oregon (now known as Naas Elementary, after the principal of the same era -- he died shortly after he retired from the school). The class photo resurfaced recently -- in fact, I had no memory of it existing. To answer the obvious question: Sometimes the school was boring, sometimes exhilarating; And there is much about it I can't recall at all. Putting names beneath the class pictures was seemingly beyond the technology of the day. Who were these wild children? Myself in the large-striped shirt. I can link some faces to names, with some I recall the faces but not the handle, others leave no trace at all in my mind. Who's the sharp-looking dude in the checked sport coat? I ran across the obituary of the guy in the upper right corner in a local paper a year or two ago -- as H.P. Lovecraft put it in one of his letters (with reference to the then just-deceased President Warren G. Harding), he had the good luck to shuffle off this beastly planet. At least, that's one way to put it. One guy who appears here -- I have a vague dreamlike impression from when I was riding the bus home, of hearing some older kids discussing either him or his older brother having hanged himself (or maybe both of them committing suicide), as we passed his home set back in old trees. That event would have been a few years after this photo was taken. I apologize if I am misstating the facts or prematurely reporting someone's death -- the sequence seems like a wraith from interplanetary spaces. The Latino (or Native American?)- looking girl with the long dark hair-- I remember trying to impress her with the following story. When I was three or four, I inexplicably put my fingers in the open gap of a door by the hinges, and a relative unknowingly closed the door, catching the pinky, I think. Not recommended -- hurts like a sumbitch, although the bone wasn't broken, as far as I know. As if that story isn't good enough, I embellished it a little, claiming the bone had been extracted and replaced with an artificial bone after the accident (or something to that effect). Throw strangers together in a room and sequence them through decades, and all sorts of things may happen.
Posted by Jonathan at 4:58 PM 2 comments: 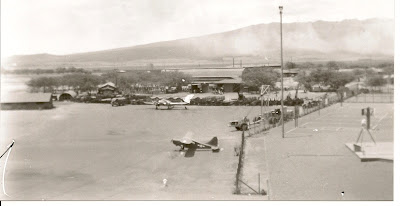 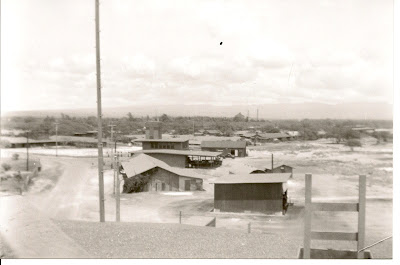 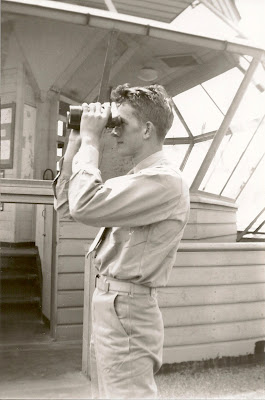 Posted by Jonathan at 3:23 PM No comments: 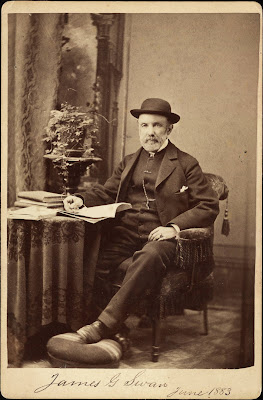 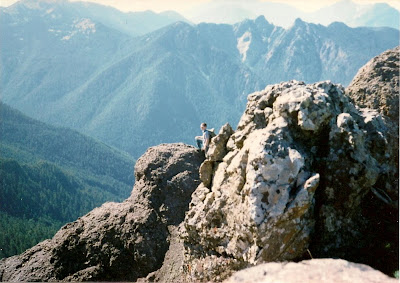 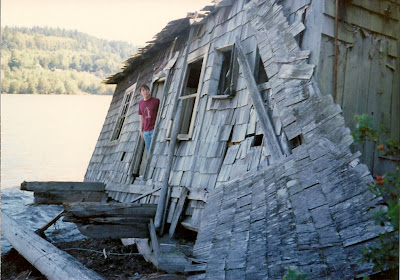 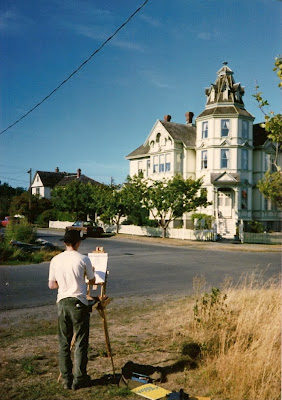 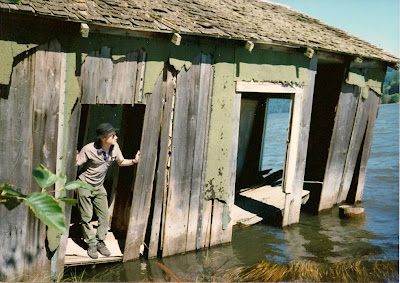 I finished not long ago Ivan Doig's Winter Brothers: A Season at the Edge of America, published in 1980. The work is an overview of, and thoughts about, the voluminous diaries of James G. Swan; who was a pioneer (among Euroamericans at least) in exploring and understanding the coastal areas of Washington State-- particularly the Olympic Peninsula: Port Townsend, and Neah Bay (as well as British Columbia and other places). I first cursorily read parts of the book (lent by a former friend) on a trip to the Olympic Peninsula many years back with a friend, which included a stop in Neah Bay and other places referenced in Doig's tome (along with a couple hours spend in Kurt Cobain-pre fame era Aberdeen, sauntering downtown, and visiting a thrift store). In fact, the trip was partly inspired by Winter Brothers, sort of following "on the trail of Swan." (I think of the volume sometimes as Swann's Way, simply because of the association with James G. Swan -- although it has nothing to do with Proust.)

It's an outstanding, but flawed, book. Consider the gripping tension of Swan's last adventure, to Haida Gwaii, the Queen Charlotte Islands (although the passage of the islands' West Coast is strangely understated, anticlimactic, not really delineated at all), and the sly, humorous, sometimes terrifying accounts of the frontiersman's life with the Makah and Haida, and other First Nation tribes. Much of this is in Swan's own words, but Doig's commentary helps link and explain the material. Against this, you also have the sometimes banal nature of Doig's thoughts: "I was surprised myself, far back along the highway when arriving to the cabin, how the lift of the mountain (Rainier) made itself felt even there, the road suddenly jerking into rising curves." Yeah, the ground does rise WHEN YOU APPROACH A MOUNTAIN.


Or: "(Even what I have been calling the Pacific Northwest is multiple. A basic division begins at the Columbia River; south of it, in Oregon, they have been the sounder citizens, we in Washington the sharper strivers. Transport fifty from each state as a colony on Mars and by nightfall the Oregonians will put up a school and a city hall, the Washingtonians will establish a bank and a union.)" Huh? That's just a tad condescending... Doig's whimsy on how a cat might end up getting smothered in bird poop is another idea that doesn't really fly.

The book overall is a good presentation of Swan's diaries, which could have benefited from tighter editing -- in fact, the whole framework of Doig's own commentary could have been either scrapped or seriously overhauled, with benefit. There are important themes covered in Brothers, such as the notion of traveling west, to "light out for the territory," until you can't go any further.
Doig's own writing only loosely (if at all) relates to Swan's journals and times.

Perhaps a biograpy, or selection of Swan's diaries, would be in order. And how I'd like to drop by Haida Gwaii.

I've also started processing Thomas "famously reclusive" Pynchon's V. -- so far, doesn't really grip me, but I will withhold judgement for now.
Posted by Jonathan at 1:46 AM 2 comments: 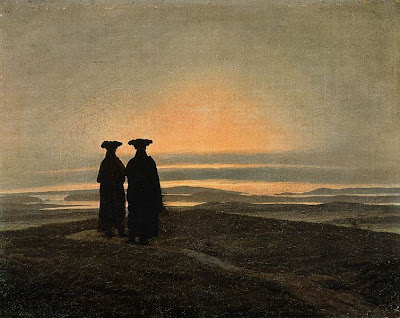 Sanguinity on the short and railed floor, hawser, clear light of the river grass and front window.
Face of rock, o'er-run in grey water, gathering and mossily pulsing. Tin dipper, tapping the draught into which three stars fell. Rain, waves o'er rocks, the rise and receding of the lustred rim of the deep; blue return. Furrowed metempsychosis. Five limbs, the cast of maples, headless and unbacked dimension.
Spoiled and burnt rise, sloughed ridges, pumice shoars, apes, channels of broken ash. The vacant thrones and icy recesses of the gods. Glyphs lined on the coated walls; collapses, and chthonic dubiousness. Rattlesnakes, and the seal of a small foot. Stacked where the light becomes indistinct, sheets cut and drawn in from the cave, displaying in cross-section prehistoric forms of life, such as a tiger or snapping turtle with long neck and lambent mane, and delicate and flowing organs.
Lupine closure, banked snow. The seething of the mass and form, and ascent.