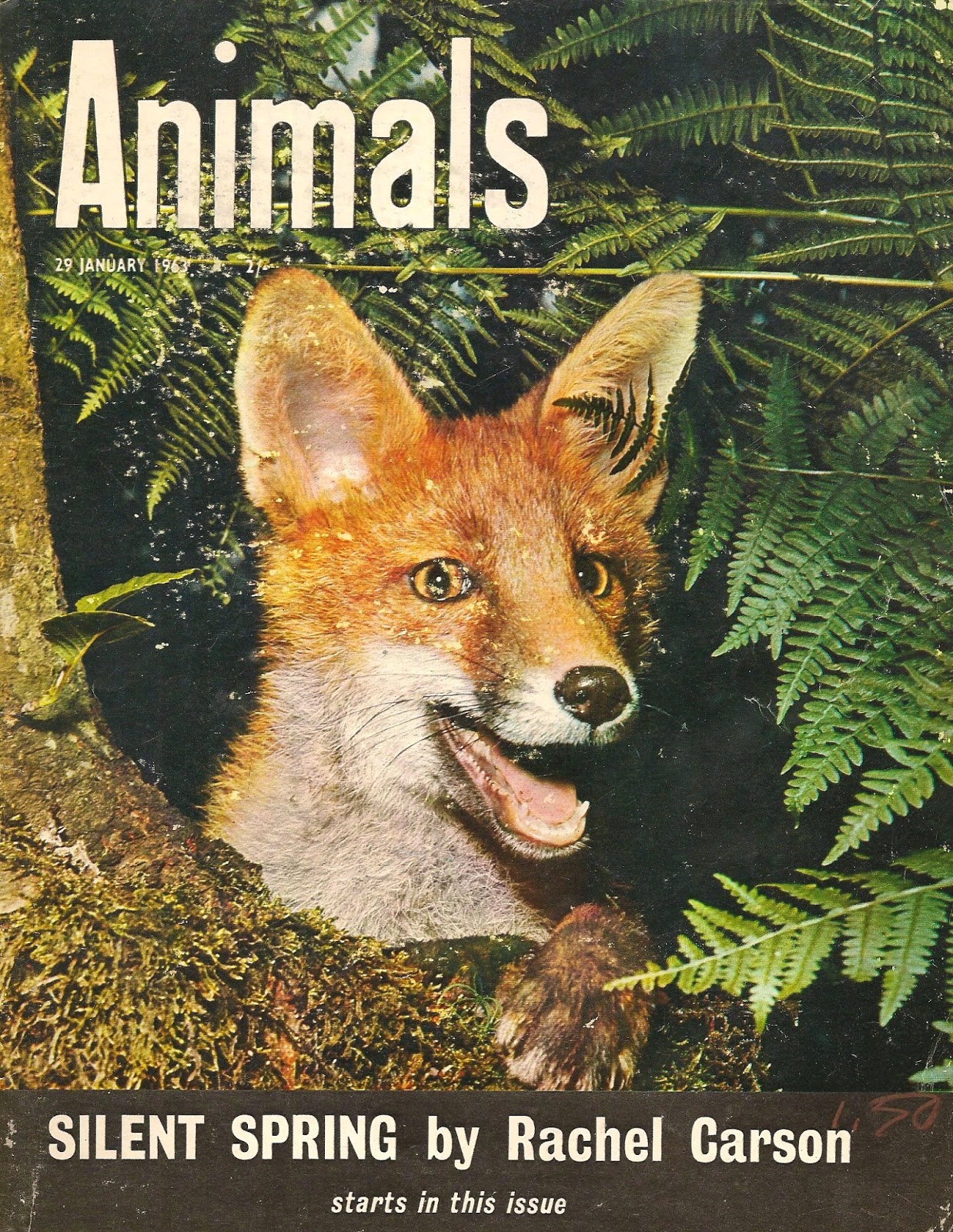 An initial installment of Silent Spring, by Rachel Carson, in Animals (29 January 1963). The cover subject seemed quiet and still itself, though not as a result of DDT. 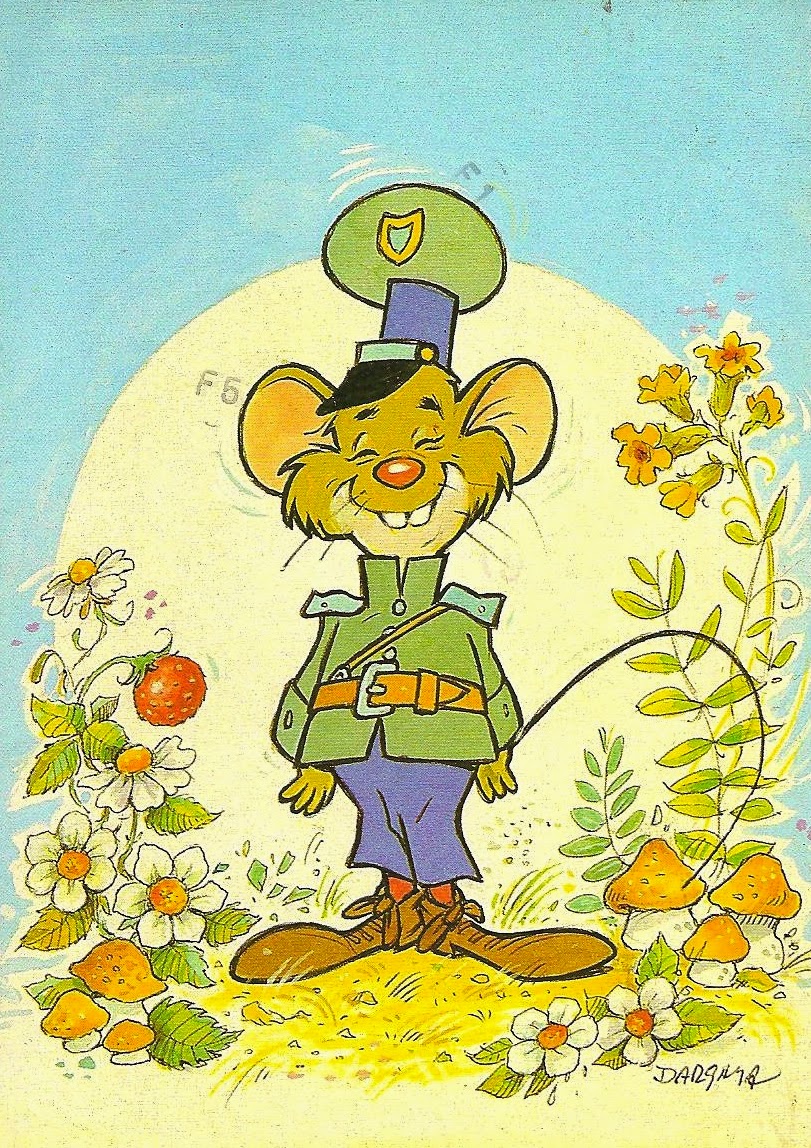 A friend of mine on a European trip mailed me this postcard from Hungary on May 22, 1988, not too long before the fall of the Eastern bloc. He opened it, "Greetings, from behind the curtain!"

Forms walk behind the sunset. A memorial to someone who fell off a cliff below is grounded in skittering leaves, below which trains slide and buckle against gravity's bend down a grave chute. He was fourteen years old when his body broke, bloody and bending into the sun-fried leagues of trees, interrupted in places by oval cow fields and rippled ponds floored by mud ridges. 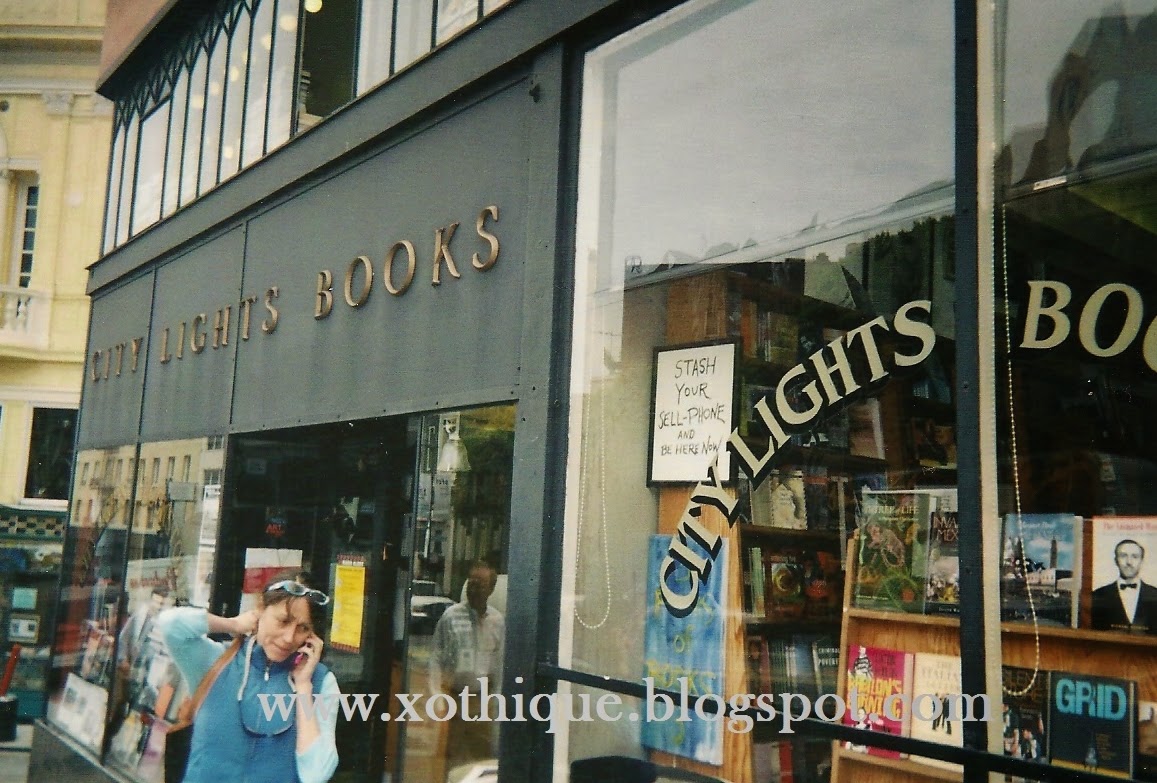 Posted by Jonathan at 6:19 PM No comments: 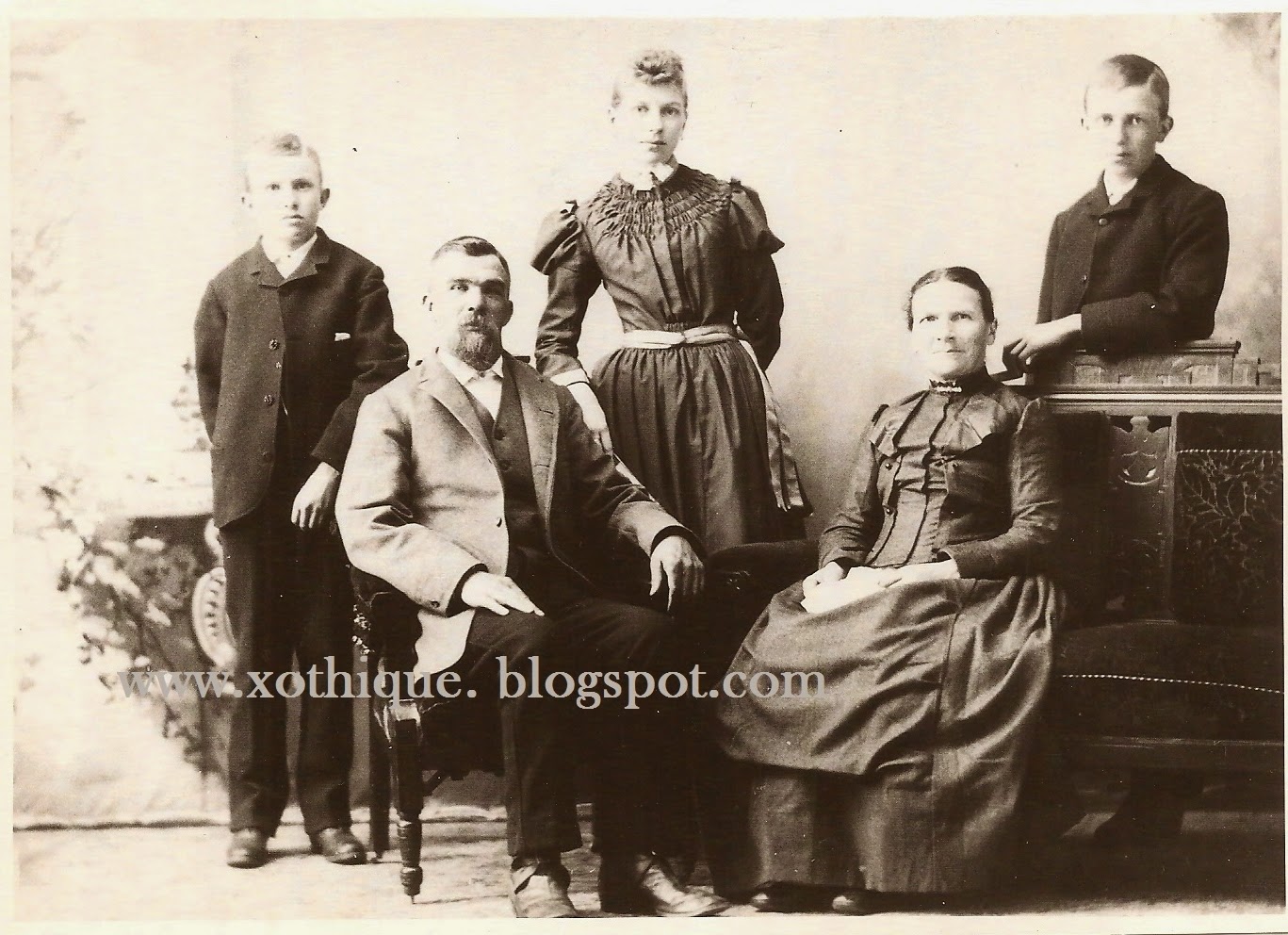 My great-great grandparents, Daniel and Charlotte Nash, and their children, Daniel, Sarah, and John, around 1880. 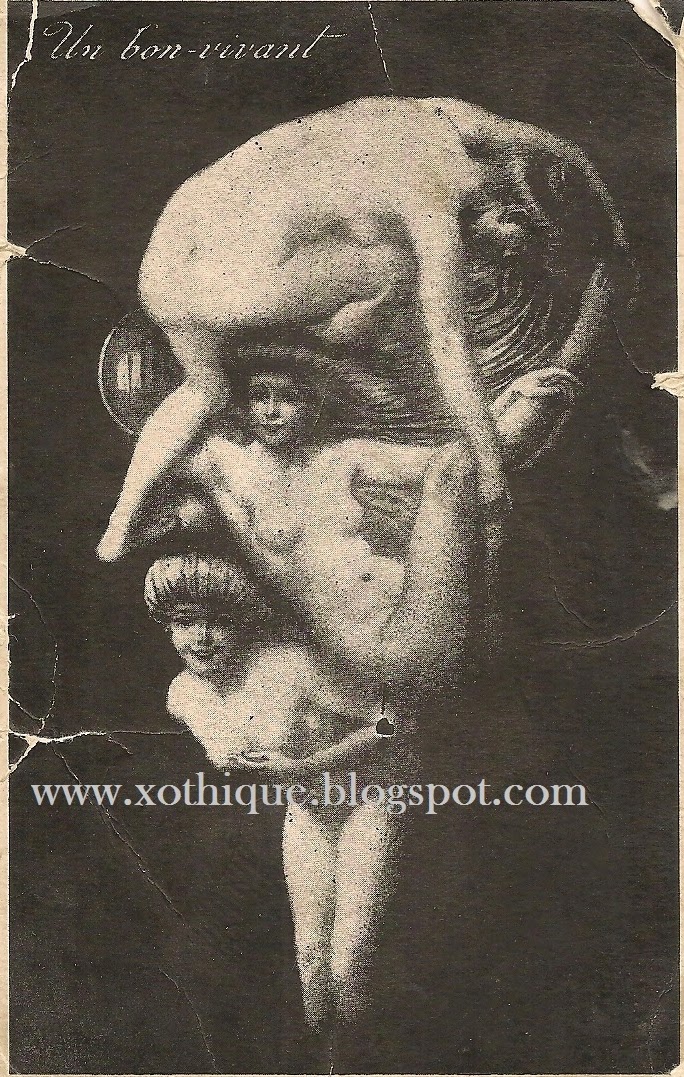 A kind of risqué Arcimboldo.

Posted by Jonathan at 8:27 PM No comments: 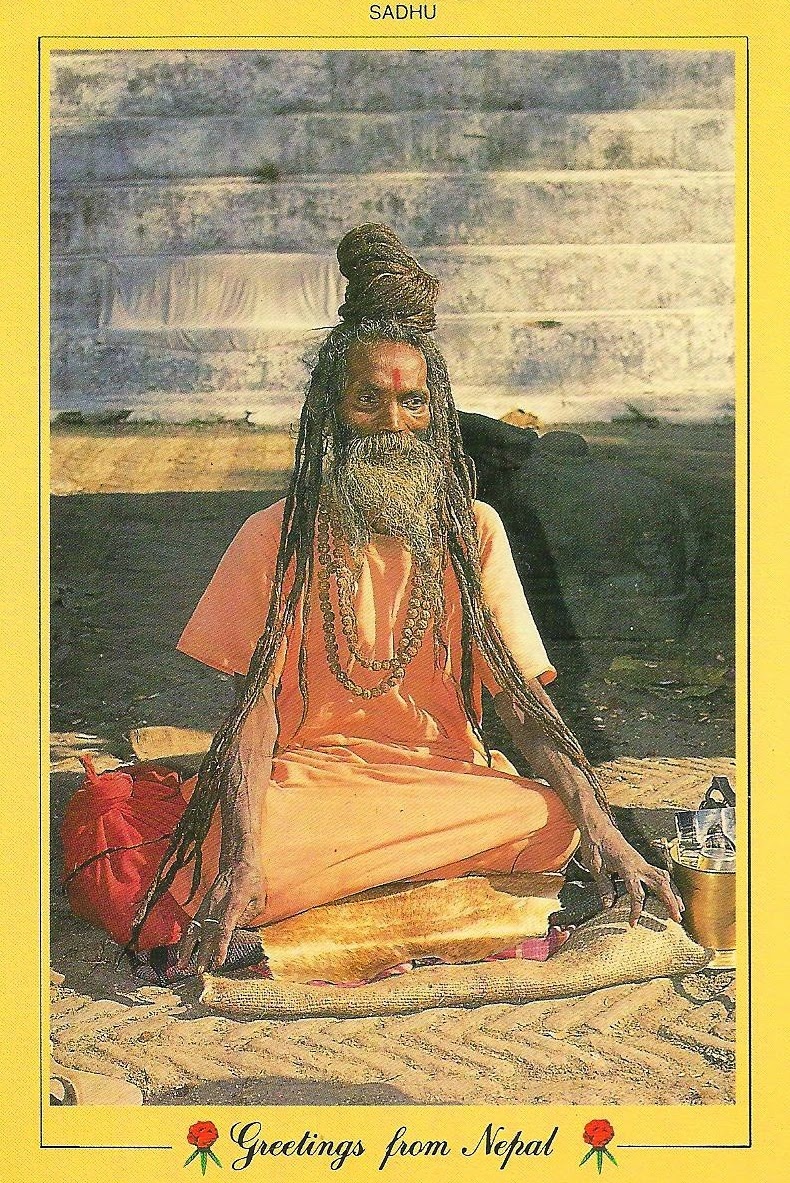