Toe to Toe with the Rooskies II 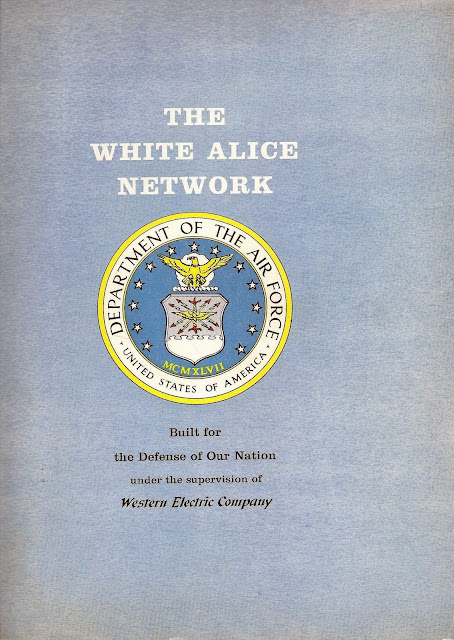 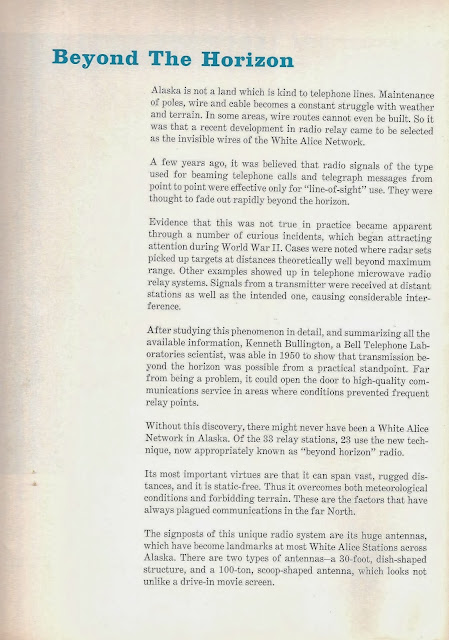 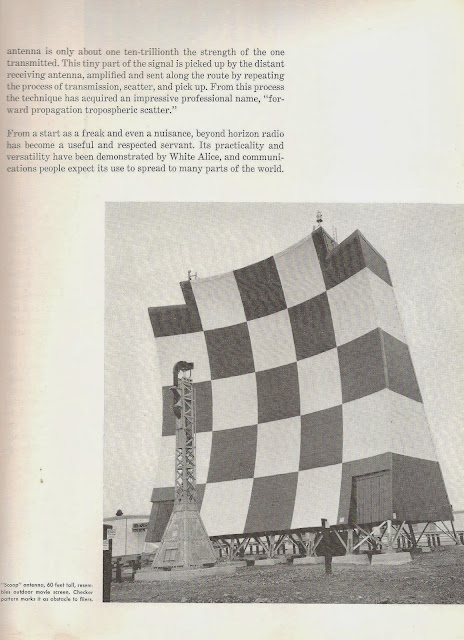 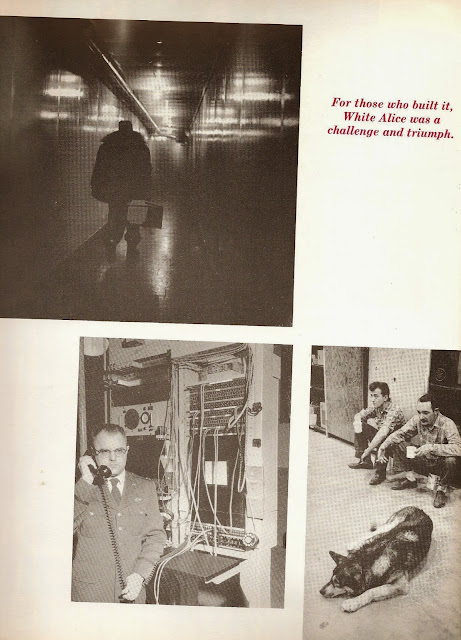 Another relic from the Alaskan project my father worked on in the late 1950s (see entry of  3 August 2012).  I am pretty sure the White Alice network, or anything concerning it, no longer falls under the label of "classified" : http://en.wikipedia.org/wiki/White_Alice_Communications_System -- in fact, the government decommissioned the antenna array decades ago.  White Alice -- wasn't that a Jefferson Airplane Song?
In Hodges' biography of Alan Turing, he indicates that American usage made "classified" a synonym for "top secret," rather than referring to levels of classification.  Classification level:  Top stupid.   Then, the American habit of saying "hello" repeatedly through the day irritated Turing during one of his stints here.
The guy on the phone looks as if he's about to issue some kind of doomsday order.  Serious business, no doubt.﻿